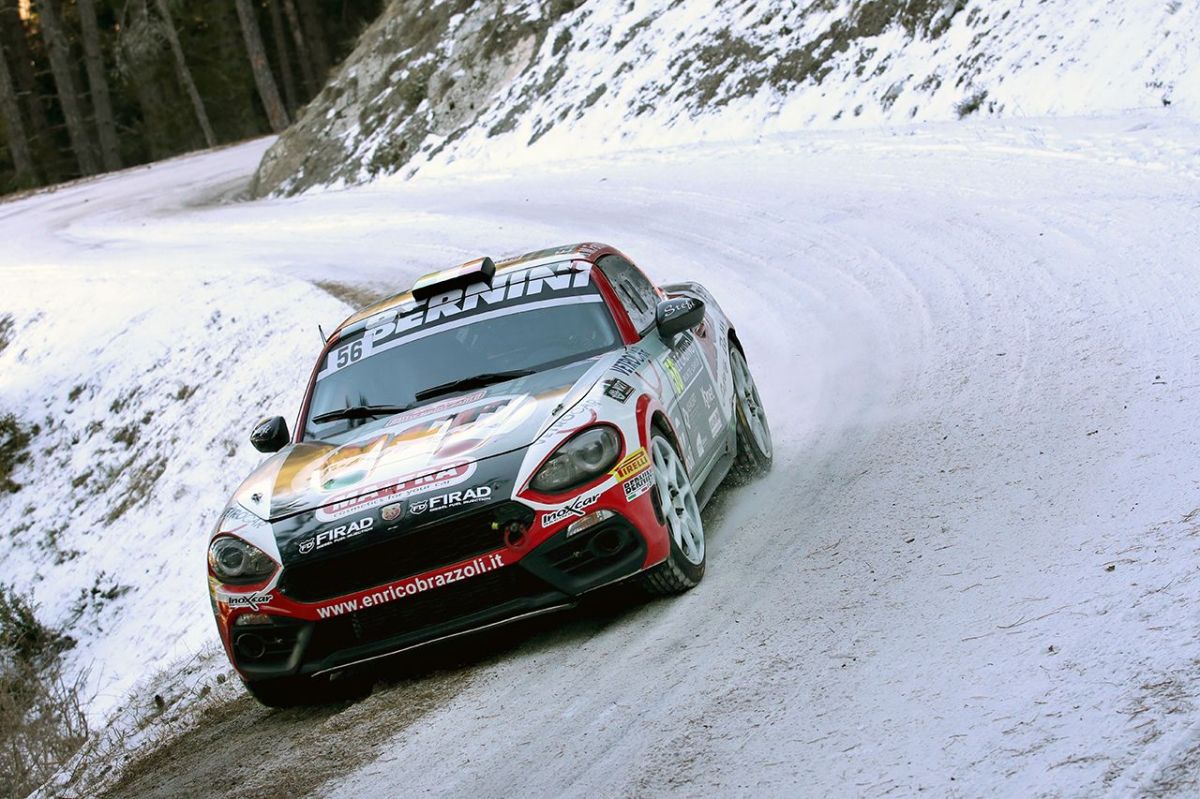 Whilst we are driving now the stunning and totally impressive Abarth 124 GT, the news reaches us that the 2019 racing season began with success for Abarth in the FIA R-GT Cup in the Monte Carlo Rally, where the Abarth 124 rally driven by Italians Enrico Brazzoli and Manuel Fenoli reached top position.

This makes the Abarth 124 rally again the GT to beat in its category, having won in 2018 with Frenchmen Raphael Astier and Frédéric Vauclare who can be considered the world championship of this category… Just read on and look at the photos! 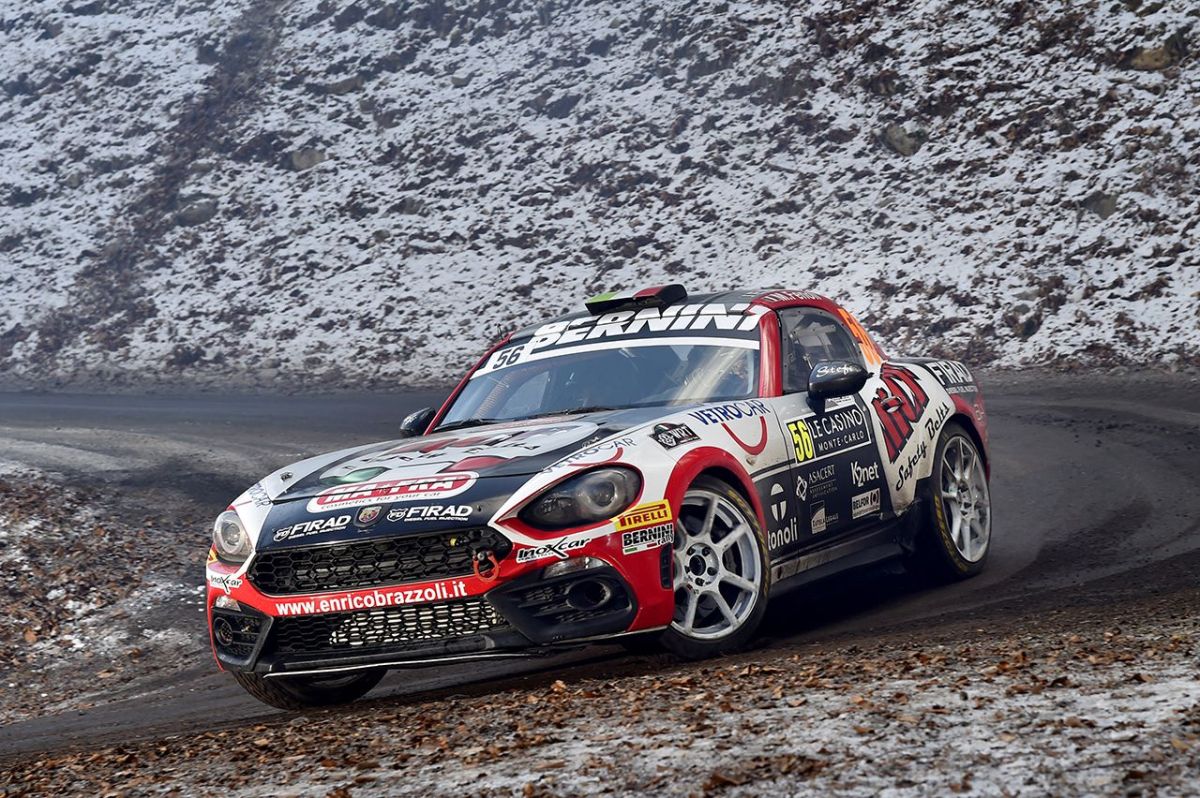 Indeed, we are totally smitten by the way this 124 GT sounds, handles, performs, and if there is one endearing GT which is not only full of thoroughbred character but also extremely fast, then it is this Abarth.

It therefore hardly surprises us that this Abarth shows its teeth in competition. Of course, the Rally version of this 124 is still more agile and powerful than our test car, which nevertheless conquered us already totally with its formidable talents, even more so when you put it in “sport” mode.

The Abarth 124 rally Model Year 2019 implements a host of technical improvements engineered to accentuate competitiveness and handling even more, thanks to meticulous development work carried out by test driver Alex Fiorio. Engineers focused on all main components, including engine, gearbox, brakes and suspension, to obtain considerably better performance and even greater driving ease.

This years’ edition of the Monte necessitated drivers to choose spiked winter tyres for most timed stages. Only in the last leg, which included two crossings of the legendary Col de Turini, was it possible to use dry tarmac tyres.

“We are very excited”, Brazzoli said on the finish line. “This is a great result. We planned everything down to the last detail with Bernini and Abarth and are proud to have completed in this first race. My feeling with the car grew mile after mile. The Abarth 124 rally is fun to drive and very competitive. The special stages of the Monte Carlo Rally are always difficult, but we managed to get back to Monaco without problems”. We can fully agree with the team that driving this 124 Abarth is a pure delight.

The Next race of the season for Brazzoli will be the Rallye Tour de Corse, the second stage of the FIA R-GT Cup at the end of the month of March.

We will keep you posted, and for the time being just look at the photos of the “bolide” in action in the 2019 Monte. Soon you will enjoy also our test report with our comments and photos of this superb GT two seater.