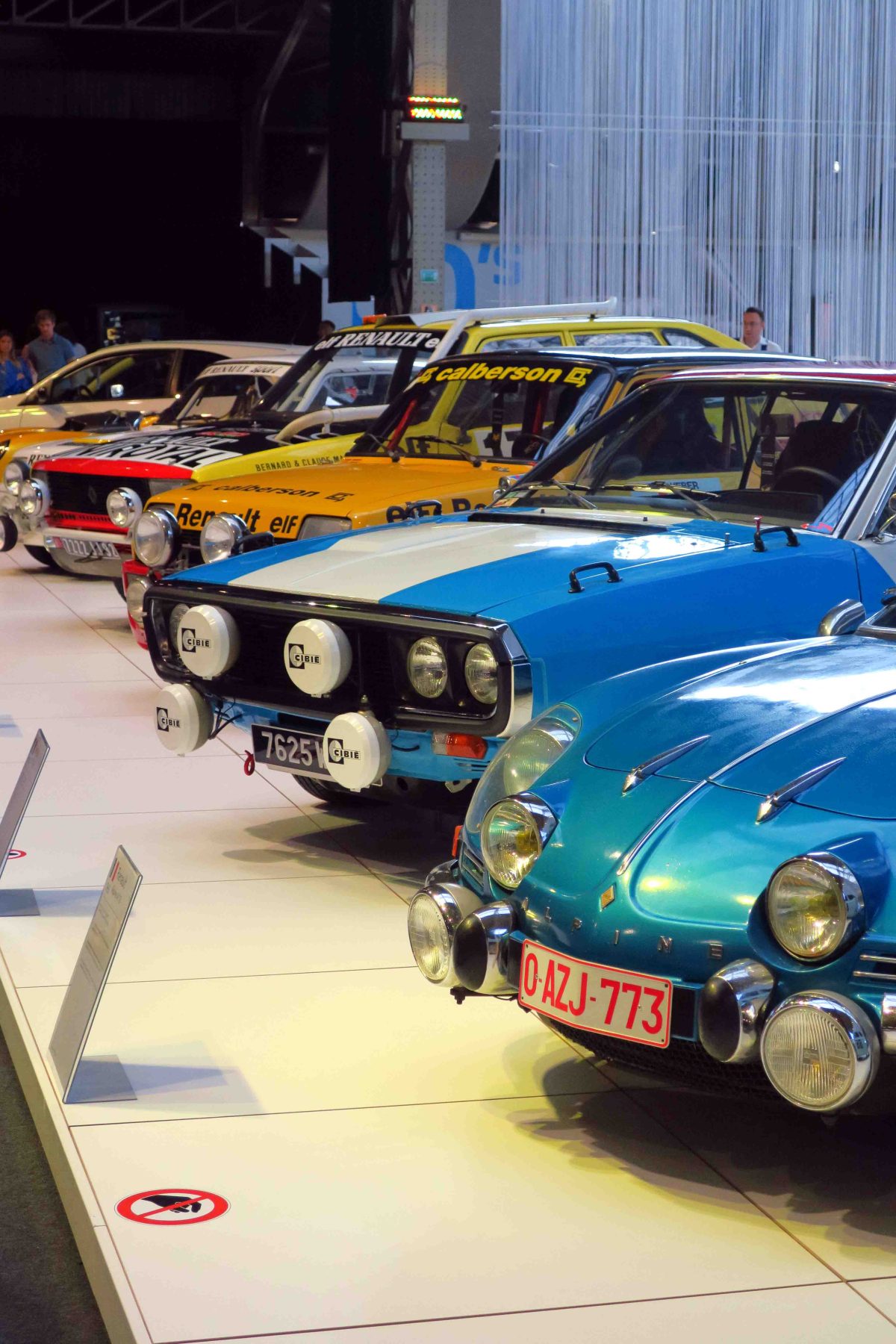 If you visit Brussels this summer, know that Europe’s capital has something in store for car lovers. Indeed, the Brussels Museum Autoworld has opened its doors every day of the week until September 2 to show you the magnificent history of Renault. 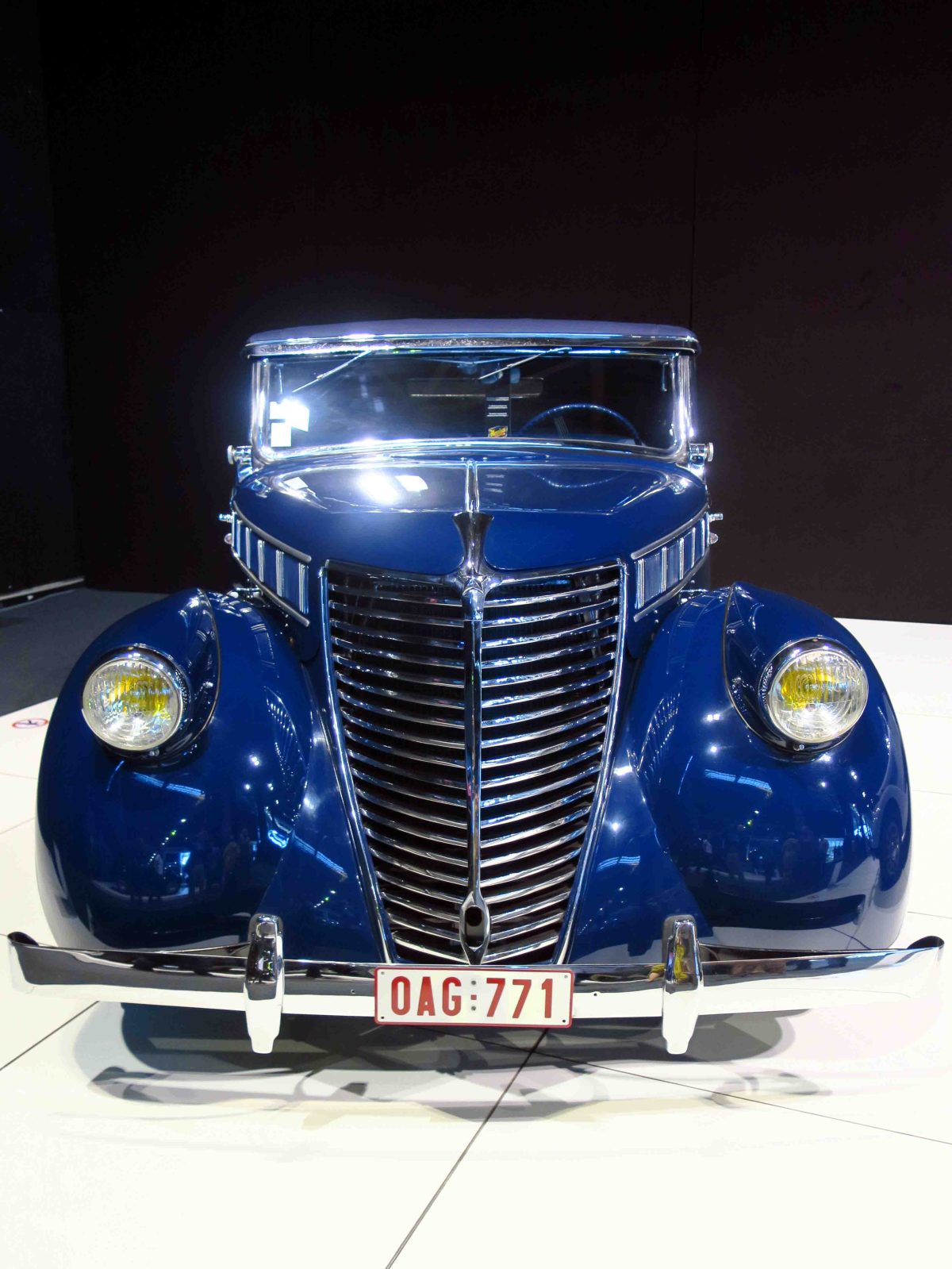 Pre-war glory: A 1937 4,1 litre 6 cylinder Vivasport… just dream away behind this sporting version of the Renault Vivastella sedan

We were present at the opening reception, and show you here some photos of the formidable and iconic cars which are on display, and we lift a brief veil on their history…

It was a festive opening, with speeches by the founding president of Autoworld Herman De Croo, 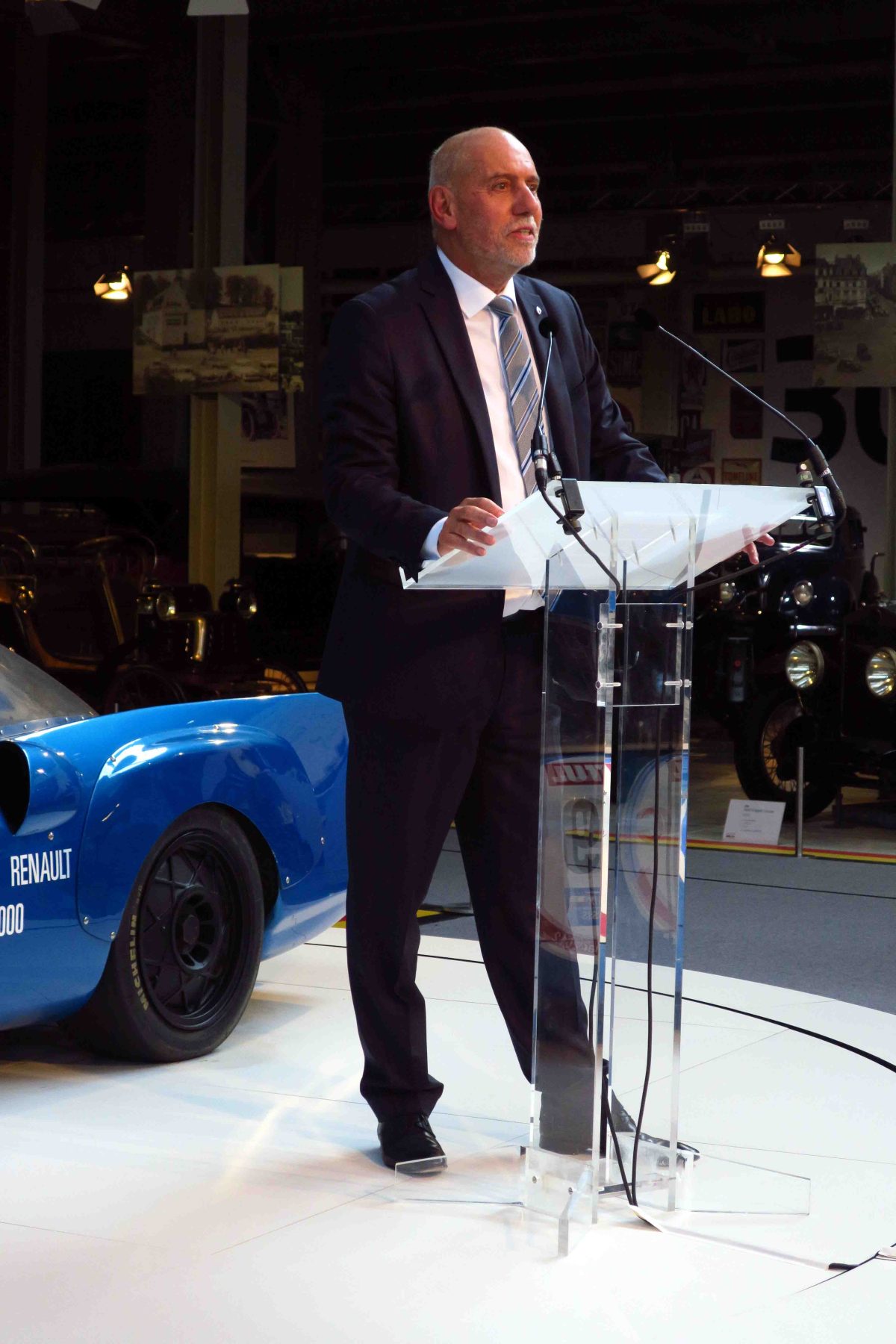 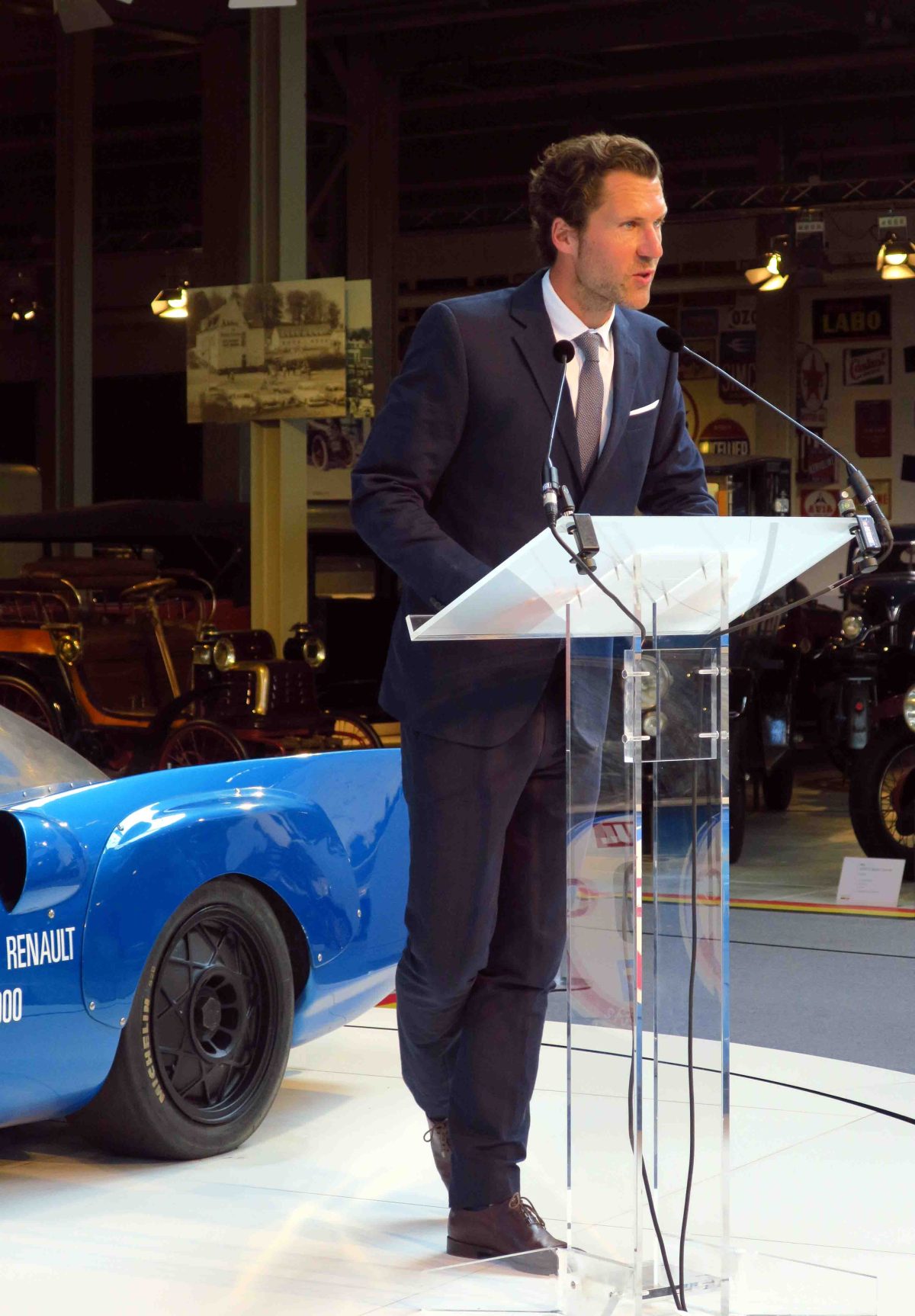 and last but not least the manager of Autoworld, Sébastien de Baere. 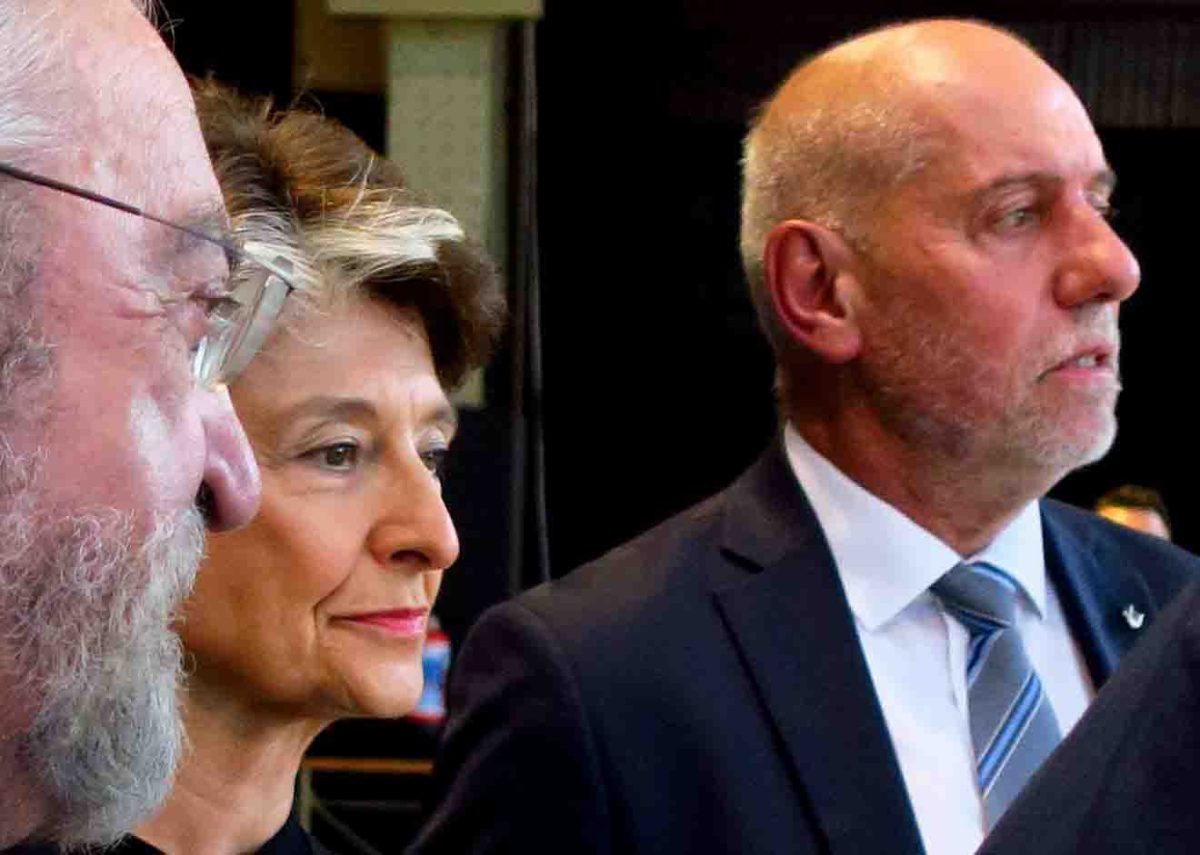 The inauguration of the exhibition was also enhanced by the presence of the French ambassador in Belgium, Mme Claude-France Arnould, seen here flanked by Mr. De Croo (left) and Mr. Renaux on the right.

The complete history of Renault is to be seen through the magnificent cars which were on display. It all starts with the Type A, the very first voiturette, designed and built by Louis Renault in person, was not originally intended for sale.

In 1897, nineteen-year-old Louis Renault was working as a draughtsman with Delaunay-Belleville. This keen amateur mechanic, fascinated by the emergence of motor transport, set up a little workshop in a garden shed at the family home in Boulogne-Billancourt, and set about building a simple little car, of his own design, for his own personal use.

By Christmas 1898 the voiturette was finished, and Louis invited a few friends round to see how it would tackle the steep Rue Lepic in the Montmartre district of Paris. Impressed by how easy it was to drive the car, several of his friends were keen to get one for themselves, and some even made a down payment on the spot! Two months later, the automobile manufacturing company Renault Frères was founded, marking the start of a great adventure.

A “Coupé Docteur” by Renault… 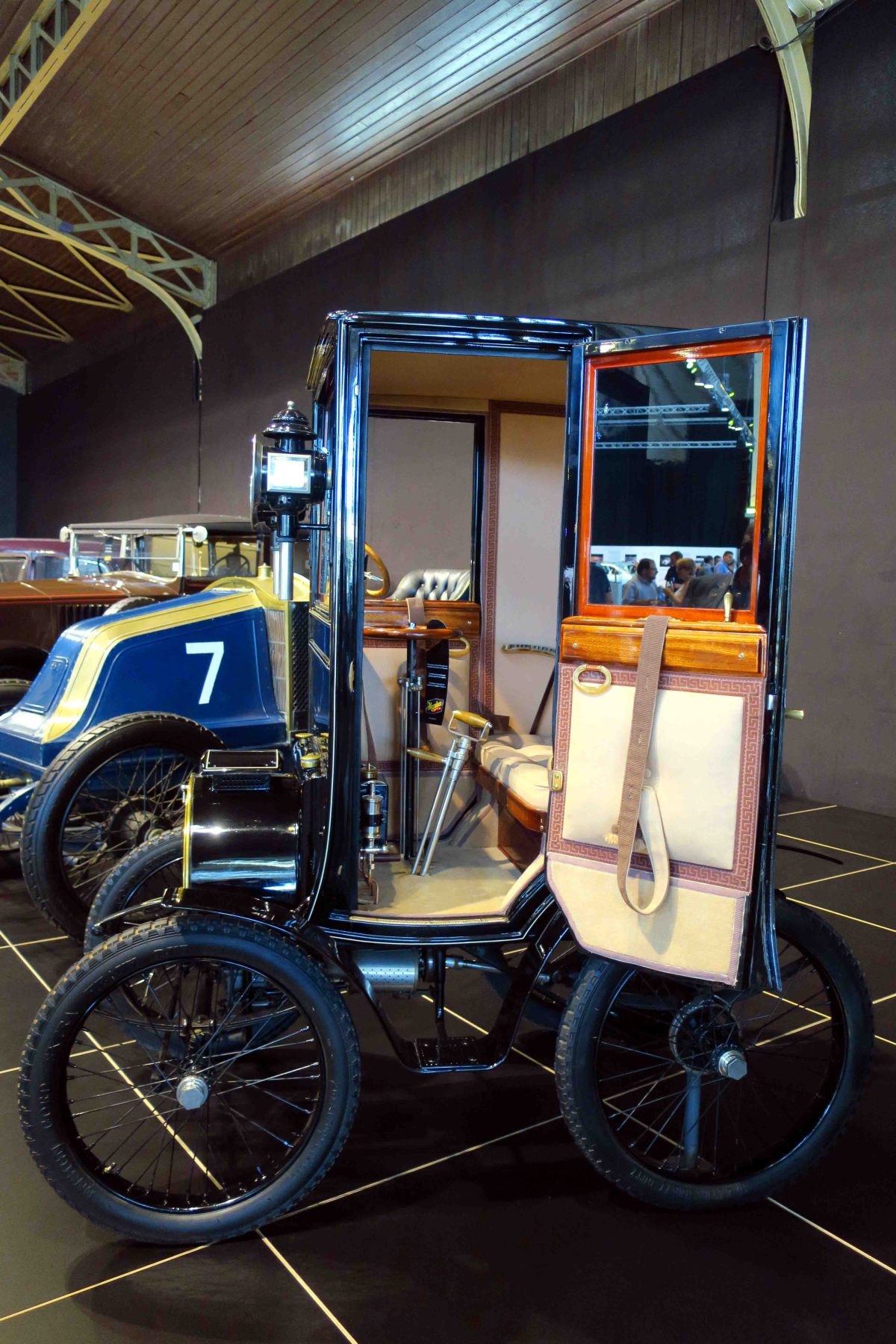 In 1900 a third one made its appearance: concern for occupant comfort. Until then cars had been roofless and occupants were exposed to the elements. Working with coachbuilder Labourdette, Renault designed a closed body with roof which appeared on the Type B in 1900. It was one of the first sedan cars in the world, and could be driven without having to wear thick furs to keep warm.

Louis Renault targeted of course the well to do clients who needed an all weather car to visit their patients, the doctors who made house visits. What more practical than to make their rounds in this “Sedanette?”

A little more powerful than Type A, Type B integrated the technical advances introduced by its predecessor. They included the direct drive gearbox, patented by Louis Renault, which brought gains in efficiency and low noise levels.

Reinastella, the Queen of Billancourt, took Renault into the select club of carmakers making eight-cylinder models.

Timeless beauty: the sporting version of the Nervastella, the Nervasport…

We make a jump in time now. In 1928, France was still riding the wave of “roaring twenties” euphoria, oblivious to the impending stock market crash of Black Thursday the next year. Eager to develop a worthy successor to its 40CV, Renault decided its new upmarket model would need an eight-cylinder engine. And Reinastella would introduce another revolution, with radiator fitted in front of the engine rather than behind, a configuration adopted the following year by other Renaults.

Reinastella was unveiled at the 1928 Paris Motor Show, under the name Renahuit. Its designers had taken a deliberate step toward the purest of classical styles, with a lower profile than the 40CV, and the long bonnet that typified the top-end cars of the epoch.  There was plenty of scope for master coachbuilders to exercise their talents to the full! Rather than following the sports approach of contemporaries from Hispano Suiza and Rolls Royce, Reinastella opted for a strong emphasis on comfort, robustness and price. 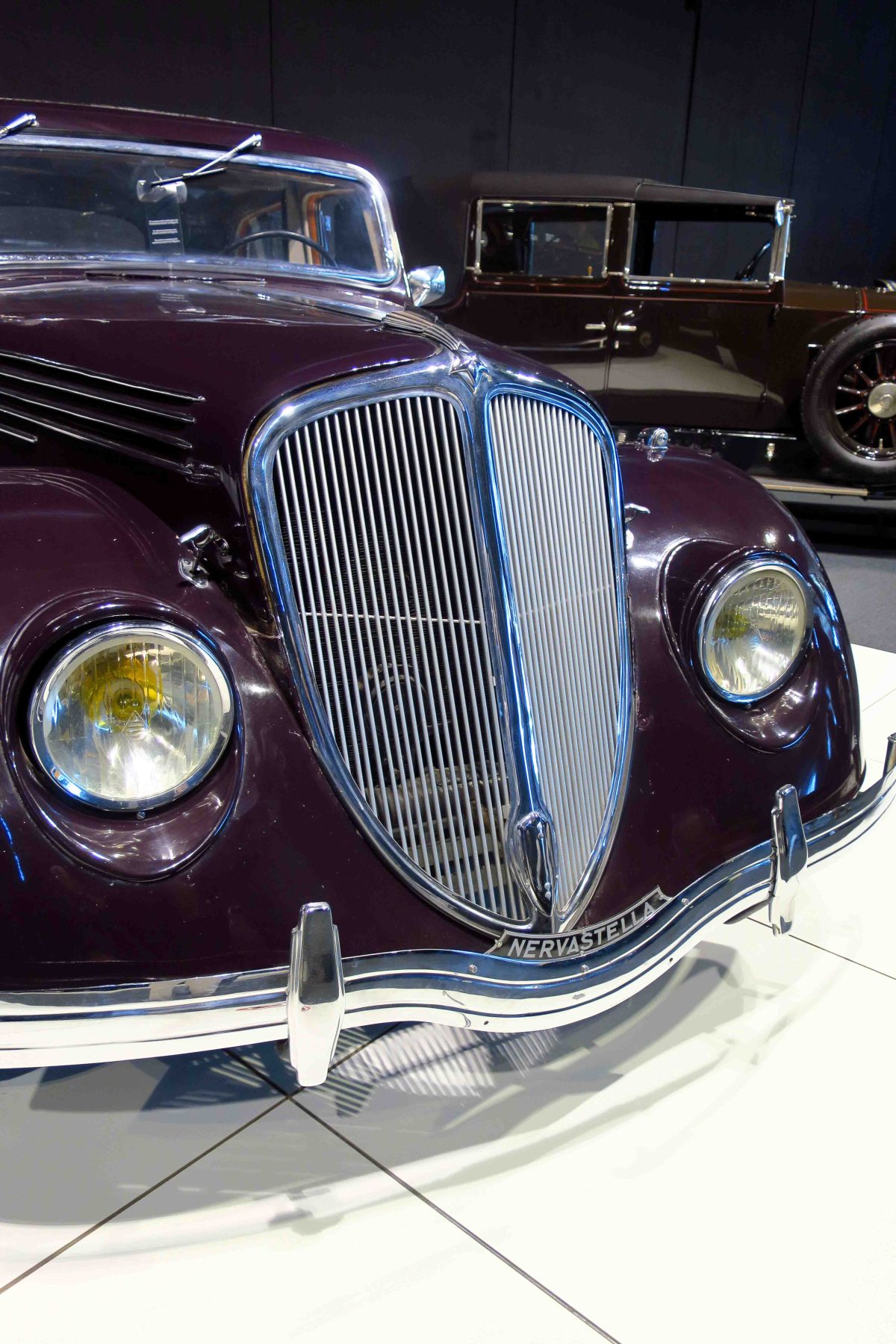 We stood admiringly before the massive front of the Nervastella. From its launch in 1930 until the early 40s, Renault produced new iterations of the range with enhanced styling and mechanical features virtually every year.

In terms of bodywork, enticing and elegant versions were available straight from the Renault plant, which allowed for tempting prices. More demanding customers could buy a chassis along with its mechanical components and entrust the bodywork to a craftsman coach builder. One such craftsman was Henry Binder who fashioned bodywork versions destined for unique purposes. Such was the case with this majestic Nervastella, which built on a TG 4 chassis.

Only 20 other special-purpose versions were built on the Nervastalla TG 4 chassis; a car, of which only 256 were made between 1932 and 1933. Streamlined shell-shaped headlamps are one of its outstanding styling features. The more mechanically-minded will appreciate the eight-cylinder engine and four-speed gear box, with synchronized third and fourth gears; a high-tech luxury that was rare at the time.

To us, these are still the most beautiful Renaults, vintage and classic car lovers as we are. Of course, after the second world ware and even before that, Renault had to turn to the larger public in order to survive.

The first iconic cars were the 1937 Juvaquatre. The war would soon stop the Juvaquatre’s momentum, however, and it was chiefly as a light commercial vehicle that the postwar vehicle met with success, with the saloon making way for the highly popular 4CV. Rugged and simple the Juvaquatre enjoyed a second career, very popular with craftsmen, tradesmen, and even civil servants.

But our attention turned here soon to the early post war Renault flagship: the Renault Frégate. This car faced fierce competition from the Citroën 11 CV “Traction”, but this cabriolet version from coachbuilders Letourneur & Marchand, is not only elegant, it also sported the “Transfluide” transmission.

Centrepiece of the show is a stunning record car, the “Etoile Filante”. When war ended in 1945, Turboméca’s boss Mr. De Szidlowski, a leading expert in turbine engines, started making small power units for applications such as the famous Alouette helicopter. 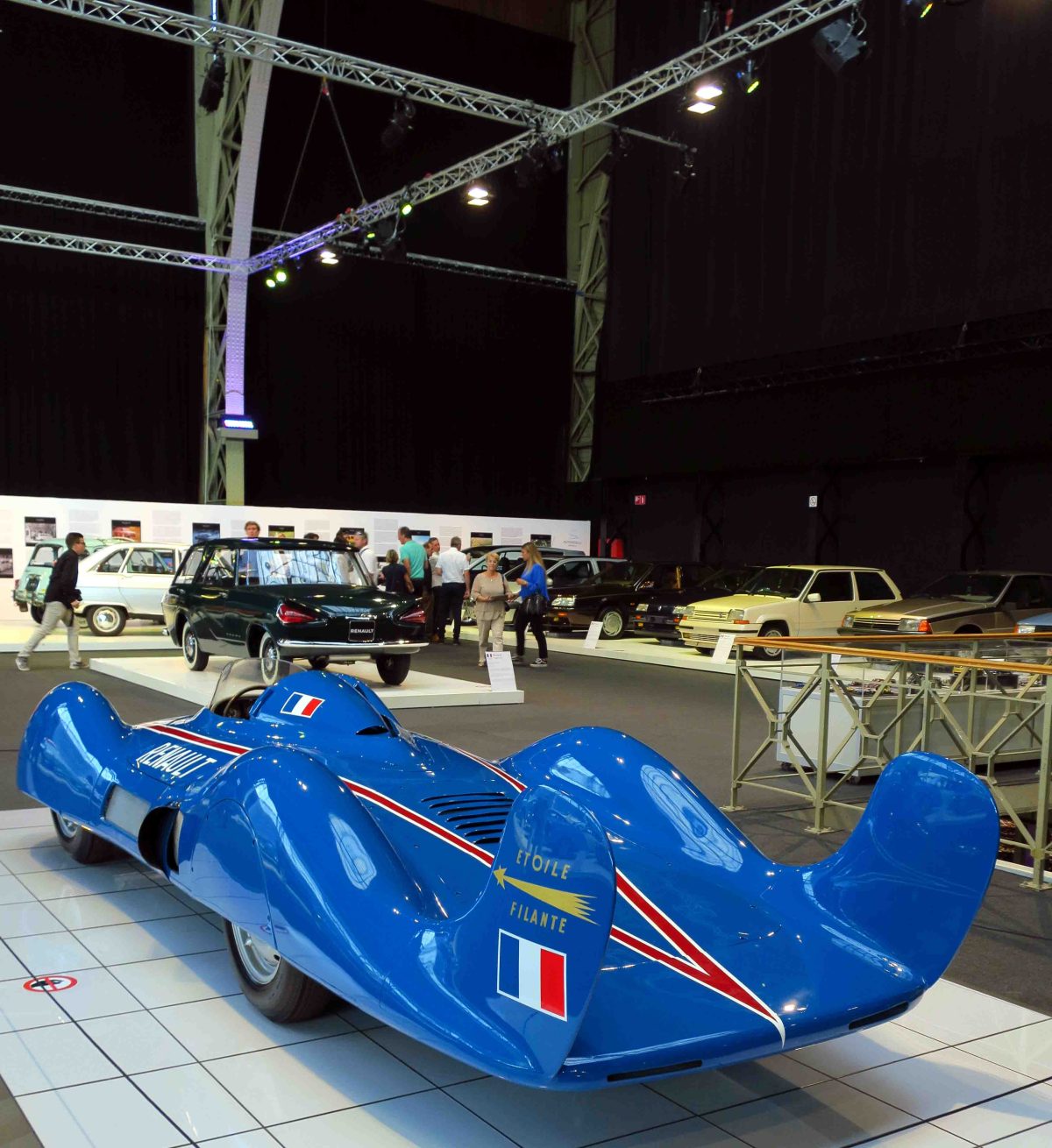 Very eager to raise public awareness on what he considered an immensely promising technology, he approached Renault with a high-profile concept in mind.

Renault boss Pierre Lefaucheux went ahead and commissioned development of an experimental car from a highly experienced team of three: project manager Fernand Picard, exceptionally talented engine specialist Albert Lory, and engineer and test driver Jean Hébert. The outcome was the Étoile Filante, with a polyester body on a tubular structure and a turbine developing 270 hp. 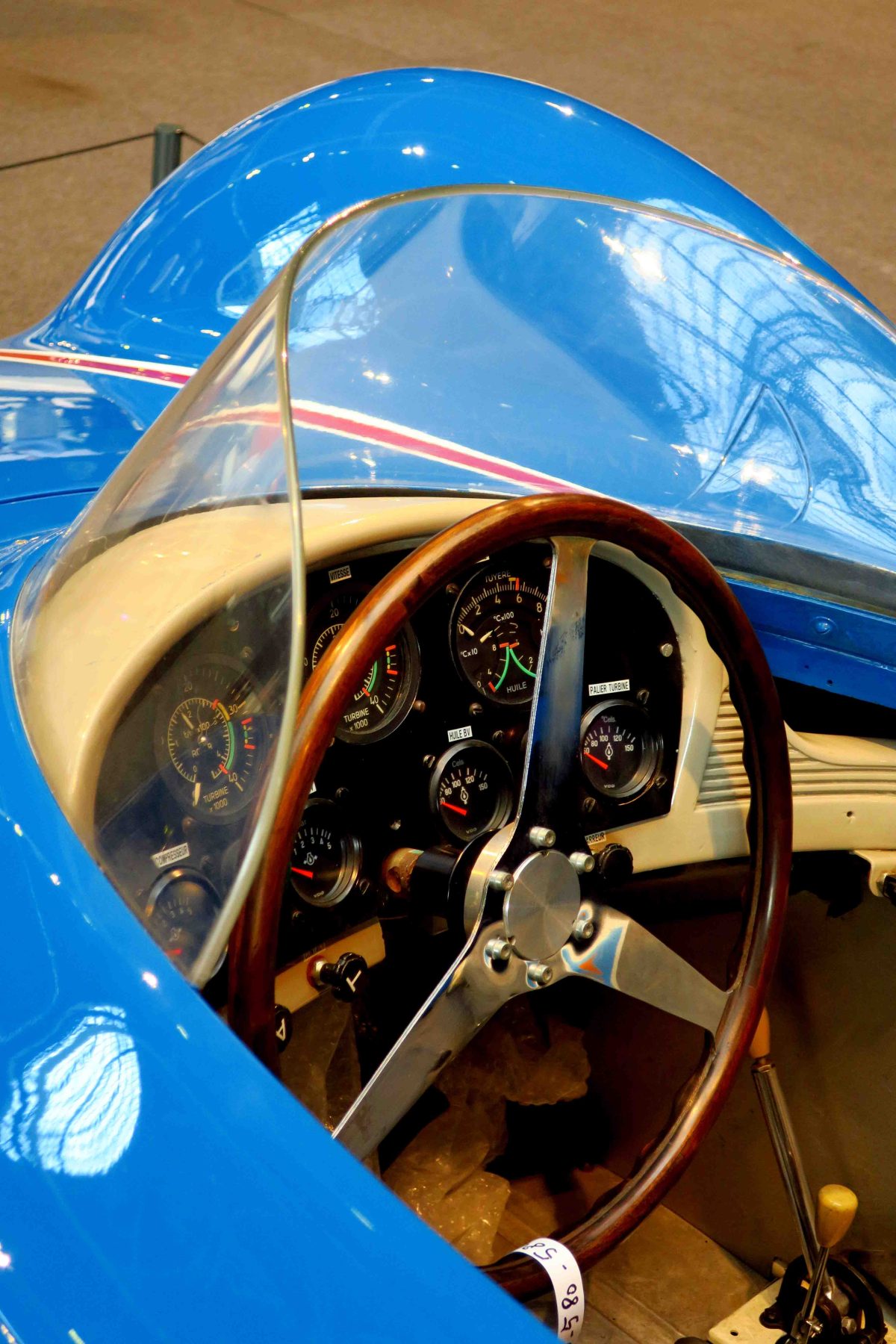 On 5 September 1956, the whistle of the powerful turbine ricocheted round the salt lake of Bonneville, USA. A few instants later, the world speed record lay in tatters. The Étoile Filante had reached 306.9 km/h over a kilometre, and 308.85 km/h over 5 km, a record that still holds today!

Of course there were the Renaults which made the brand a trendsetter of our times, like the R16, the R4,  the Espace, and one of our favorites, the Avantime…

This photo embraces post war avant-gardism by Renault: the genial R4, the “Estafette” van and on the sceen the iconic Avantime…

We would suggest, don’t miss this Renault show through time, which tells us so much how the European automobile industry evolved over the last 120 years…