Kia has today unveiled a new all-electric version of Niro at the 5th International Electric Vehicle Expo in Jeju, Korea. It is due to receive its European debut at the Paris Motor Show in October 2018.

The car was developed at Kia’s design centres in California, USA and Namyang, Korea and took inspiration from the the Niro EV Concept unveiled at the 2018 Consumer Electronics Show in Las Vegas. It has a rather futuristic air intake and arrowhead-shaped LED daytime running lights, and looks overall pleasingly muscular. 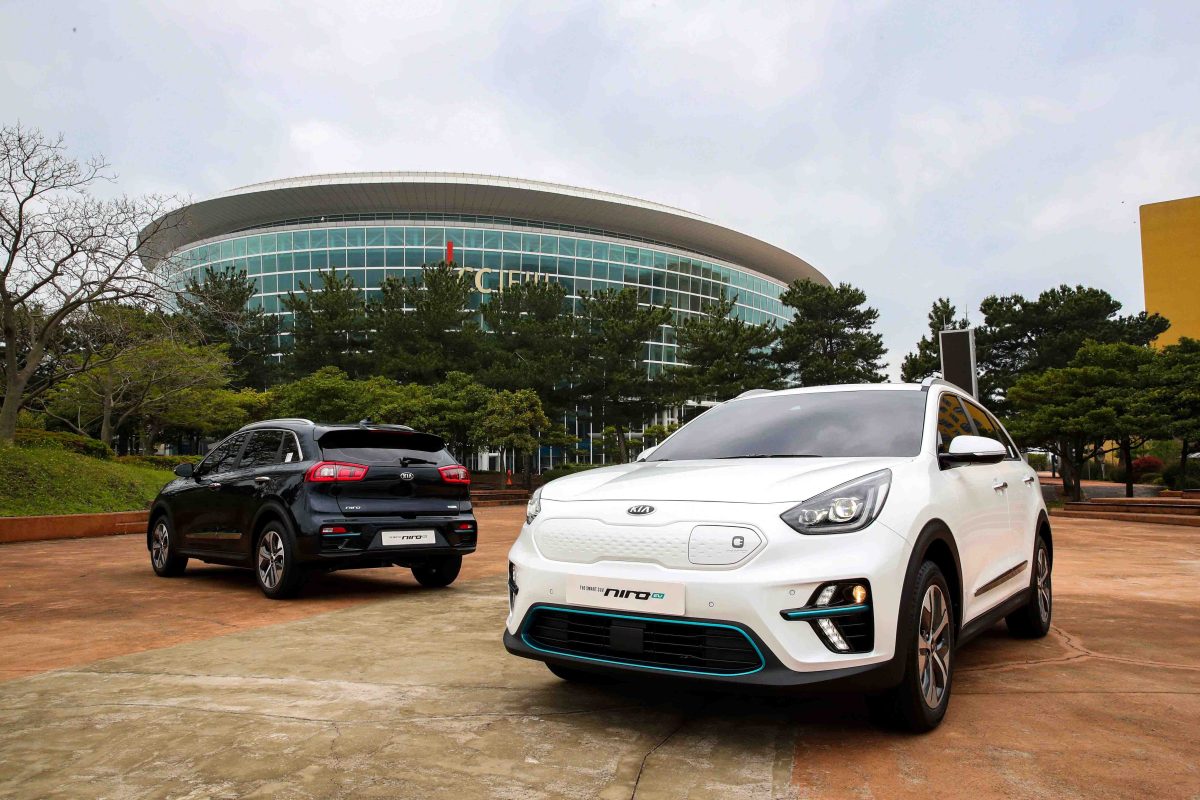 The Niro EV is powered by Kia’s next-generation electric vehicle powertrain, using new production technologies developed specifically for Kia EVs. Equipped with a high-capacity 64 kWh lithium-polymer battery pack, the Niro EV will be able to drive over 450 km on a single charge with zero emissions, or more than 300 km on an optional 39.2 kWh battery system, according to the manufacturer.

The Niro EV will go on sale in Korea during the second half of 2018, and as said, will be seen in Paris!