The latest generation of the Outlander truly convinces. Its 2,3 liter diesel engine embodies the latest technology, the styling and proportions since the last facelift in 2015 please many. An impressive car, roomy, powerful, refined and quite frugal. Just read further 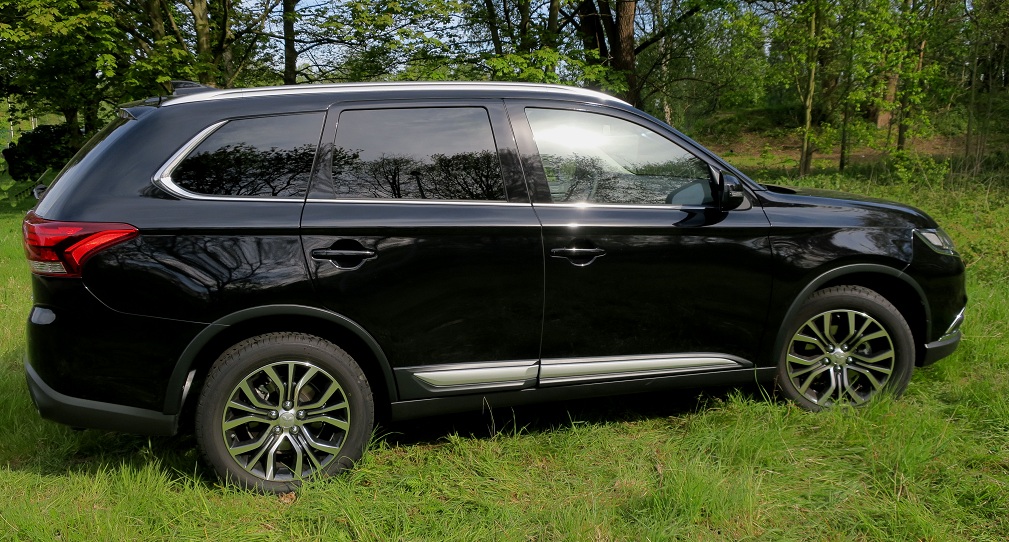 The Mitsubishi Outlander has imposing looks, and its proportions are quite appealing. The Outlander is hardly an outsider on our roads, being especially popular in the Netherlands in the PHEV version, which we will also drive soon.

Our test car sported the 2,3 liter diesel engine, an all aluminum engine fully designed by Mitsubishi.  Back in June 2006, Mitsubishi Motors and Mitsubishi Heavy Industries announced a joint development project for a new generation of clean diesel engines to be used in cars exported to Europe with a target of beginning mass production in 2010. The engines are also now gradually phased into other global markets. It is a state of the art DOHC engine with the famous variable valve timing, dubbed MIVEC, or Mitsubishi Innovative Valve timing Electronic Control system.

This unit is internally called the 4N14 engine, also using a VG turbocharger plus a Variable Diffuser (VD) that uses both variable geometry vanes in the turbine housing and a compressor with variable vanes in the diffuser passage, further improving combustion efficiency.

Maximum torque is not less than 380 Nm between 1750 and 2500 rpm, peak power of 150 HP or 110 kW is developed at 3500 rpm. Mated to a slick six speed gearbox, the ample torque makes this Outlander quite lively, with brisk intermediate in-gear performance, and outright acceleration which will satisfy most: 0 to 100 is absolved in 10,2 seconds, top speed being 200 km/h.

What pleases just as much is the utter smoothness and silence of this engine. It is completely happy to potter along at 1200 rpm in third gear at the urban 30 km/h limit, chalking up very creditable urban consumption in the process. We were able to achieve an average consumption well below 7 liters/100 km, which is quite good given the size and weight of this SUV. Official figures are 5,3 liters/100 km as average consumption, CO2 emissions being 139 g/km.

In everyday use, the Outlander marries very predictable handling with comfort, making the Outlander a very good companion on long Gran Turismo trips. 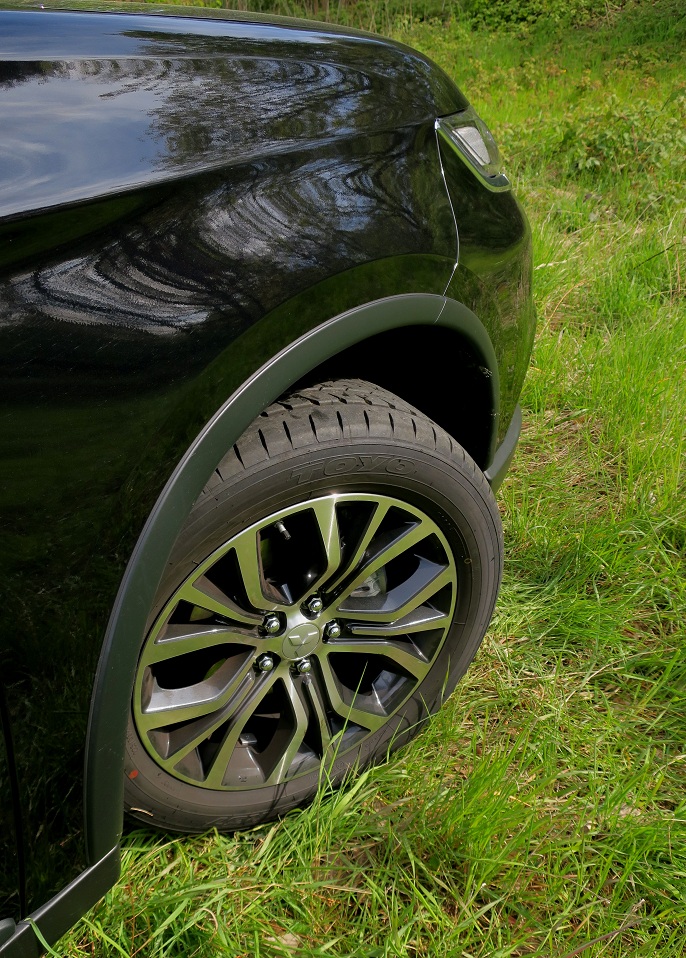 Straight line stability and motorway cruising behaviour is good, , and it copes also quite well with winding stretches. It does not invite you to throw it around, but it makes good account of itself.

One word of praise is also proper for the excellent 4 wheel drive system, giving this Outlander very good offroad capacities. The system is electronically controlled. The button on the centre console lets you select between the different modes. One has 4WD eco mode, where only the front wheels are driven to save fuel. The system will automatically switch to 4WD drive when conditions make this necessary.

“Normal” is the default mode, which automatically controls the distribution of driving torque to all four wheels. When this normal mode is selected, the Outlander’s 4WD system always sends some power to the rear wheels, automatically increasing the amount under full throttle acceleration. The coupling transfers up to forty percent of available torque to the rear wheels under full-throttle acceleration, and this is reduced to twenty five percent over 40 miles per hour.

At steady cruising speeds, up to fifteen percent of available torque is sent to the rear wheels. At low speeds through tight corners, coupling torque is reduced, providing a smoother feel through the corner.

“Snow” and “4WD Lock” is the mode you choose in slippery conditions. A larger amount of driving torque is transferred to the rear wheels. In dry conditions, 4WD Lock mode places priority on performance. 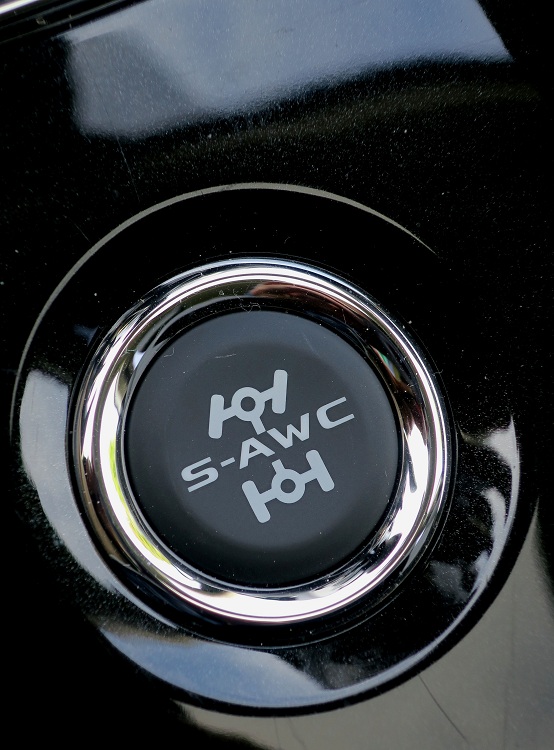 More torque is directed to the rear wheels than in the normal or 4WD Auto mode to provide greater power off the line, better control when accelerating on snowy or loose surfaces, and enhanced stability at high speeds. Rear wheel torque transfer is increased by 50 percent over the amounts in 4WD Auto mode – meaning up to 50 percent of available torque is sent to the rear wheels under full-throttle acceleration on dry pavement. When in 4WD Lock mode, torque at the rear wheels is reduced by a smaller degree through corners than with normal mode.

The cabin of the Outlander has a distinct upmarket flair, our test car being equipped with leather seats and a state of the art audio system. Indeed, the Rockford Fosgate audio  system features an enormous subwoofer in the luggage compartment, delivering concert hall atmosphere to all the occupants. Navigation and infotainment is also up to the mark, being intuitive and easy to use. Our test car was also equipped – noblesse oblige – with a self opening rear door, making shopping, moving and stowing baby and toddler’s prams that much easier. Luggage space is 507 liters, with 1613 liters as a maximum with the rear backrests folded down.

The Outlander – already in its third generation – has many qualities, which make it a very good contender in its class. It is expertly engineered, well built and finished, has a very impressive and smooth diesel engine, embodying all the good qualities modern, state of the art diesel engines can offer.

The excellent chassis, handling and off road capacities should not be overlooked either, and it is practical too, offering more than adequate luggage and cabin space.

Mitsubishi does not limit itself to offer a very convincing diesel version of its Outlander, it has also the engineering expertise and creativity to bring a PHEV version. We will test it soon, and certainly look forward to it…