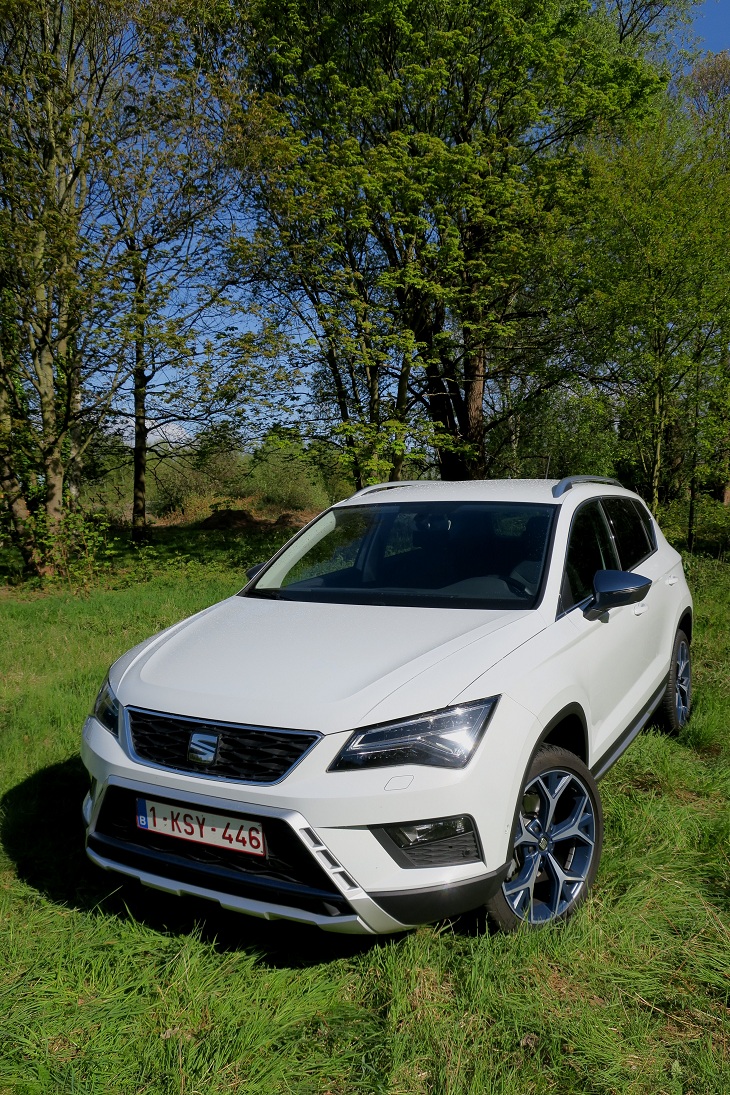 There are cars which impress you immediately by their harmonious behaviour, where the know how of its builder convinces you right away. Such a car is the latest Seat Ateca. It comes on (very) strong, is superbly balanced in every aspect, from the first meter you drive it. Just read on…

We chose for our test the three cylinder 1 liter petrol TSI engine, coupled to the six speed manual box. What a good choice it proved to be. This drivetrain combination is totally in tune with our times. Totally smooth and docile, silent at low revs, this engine allows you to potter along in heavy urban boulevard traffic, in third gear, with the instant condumption indicator showing merely 3,6 liter/100 km. Smooth, velvety, silent, with you sitting pleasingly high in command of this very stylish SUV. 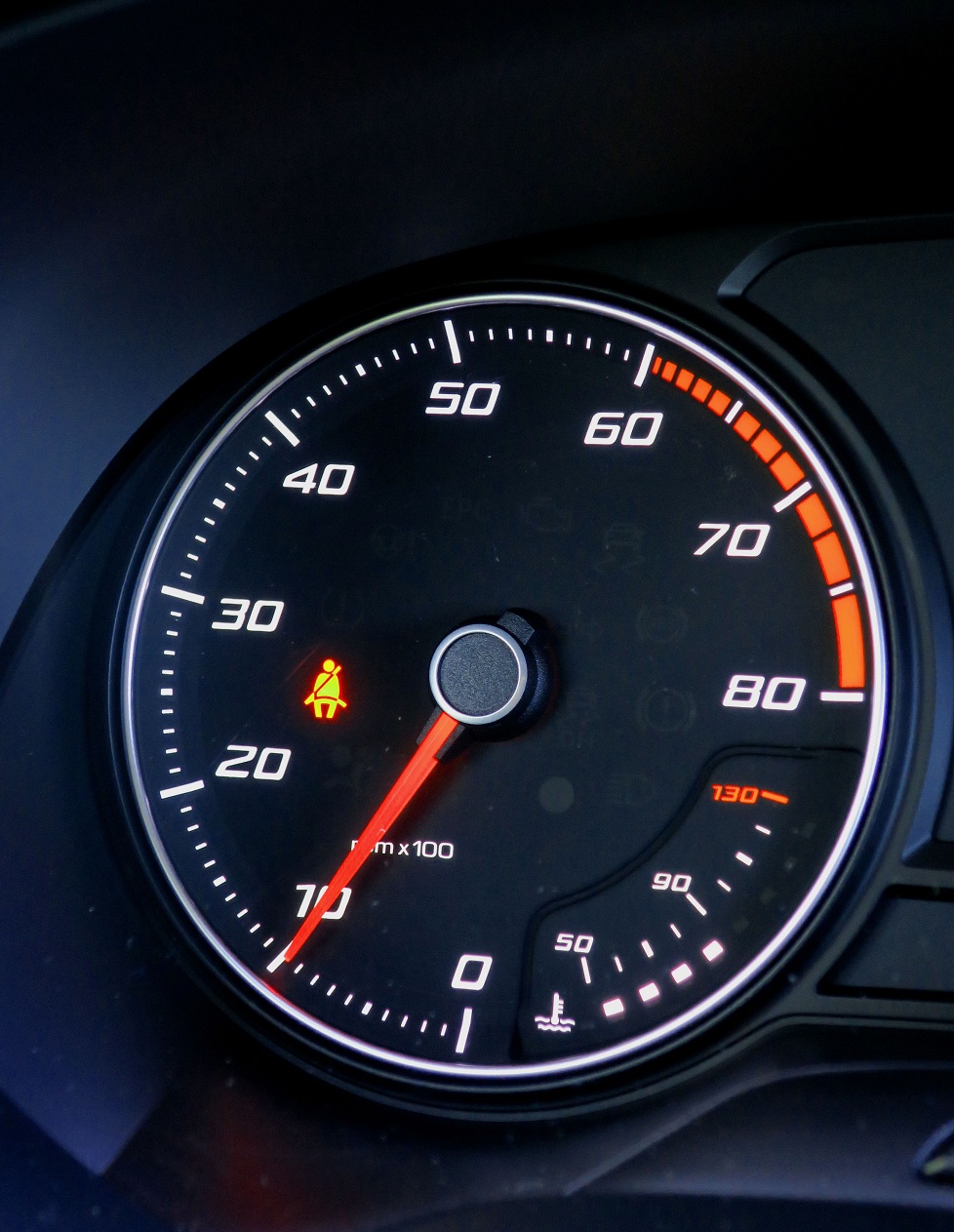 When you keep yourself in this “Zen” mood, just glide smoothly on the freeway, and accelerate gradually in fifth and sixth gear to the legal maximum speed, say 120 km/h. Revs being at 2500 rpm or thereabouts. What’s your average consumption with this driving style? Merely 6,3 liters per 100 km! Indeed, that is the average consumption we clocked during our test, enjoying the well honed perfection of this car and its drivetrain.  CO2 emissions are officially 121 g/km, average consumption being 5,2 liter/100 km.

The clutch and gearbox are supersmooth, making urban driving effortless and even downright relaxing.

Also on the motorway it feels totally at home, not surprising giving its German engineering ancestry. Indeed, this Ateca shares many mechanical components with its VW Group brethrens, which makes it even more attractive. When you put your foot down, the Ateca goes really to work, and it certainly likes that too. The engine develops then a nice, sporting throb, and the Ateca will sprint from 0 to 100 km/h in under 11 seconds, top speed being 183 km/h.

Attractive this Ateca certainly is, and not only based on its mechanics. Its styling is also contemporary edgy and well balanced and proportioned, looking good from any angle.

Moreover, the Ateca has almost ideal dimensions to tackle European roads and traffic conditions. With a total length of 436,3 cm it is a good five seater, being also 184 cm wide. The interior is also quite pleasant. The “Style” equipment level we drove left nothing to be desired, and treated us also to a very nice gunmetal blue accent line color on dashboard, door panels and centre console. F 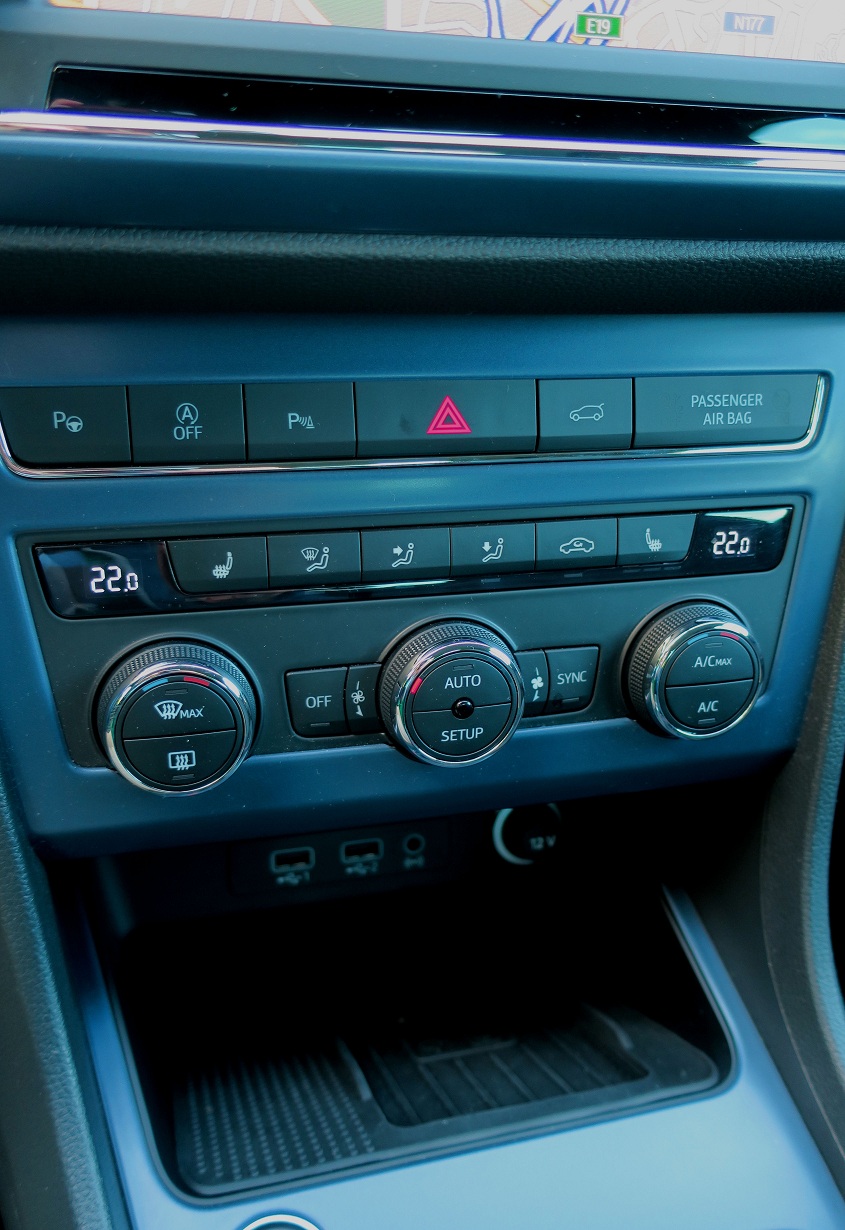 amiliar touchscreen commands as we find on other VW Group products are present of course, and rightly so. Nice round instruments for revs and speed complement it all. Navigation, phone connectivity, audio playing possibilities and very good sound system make travelling in the Ateca a nice affair. 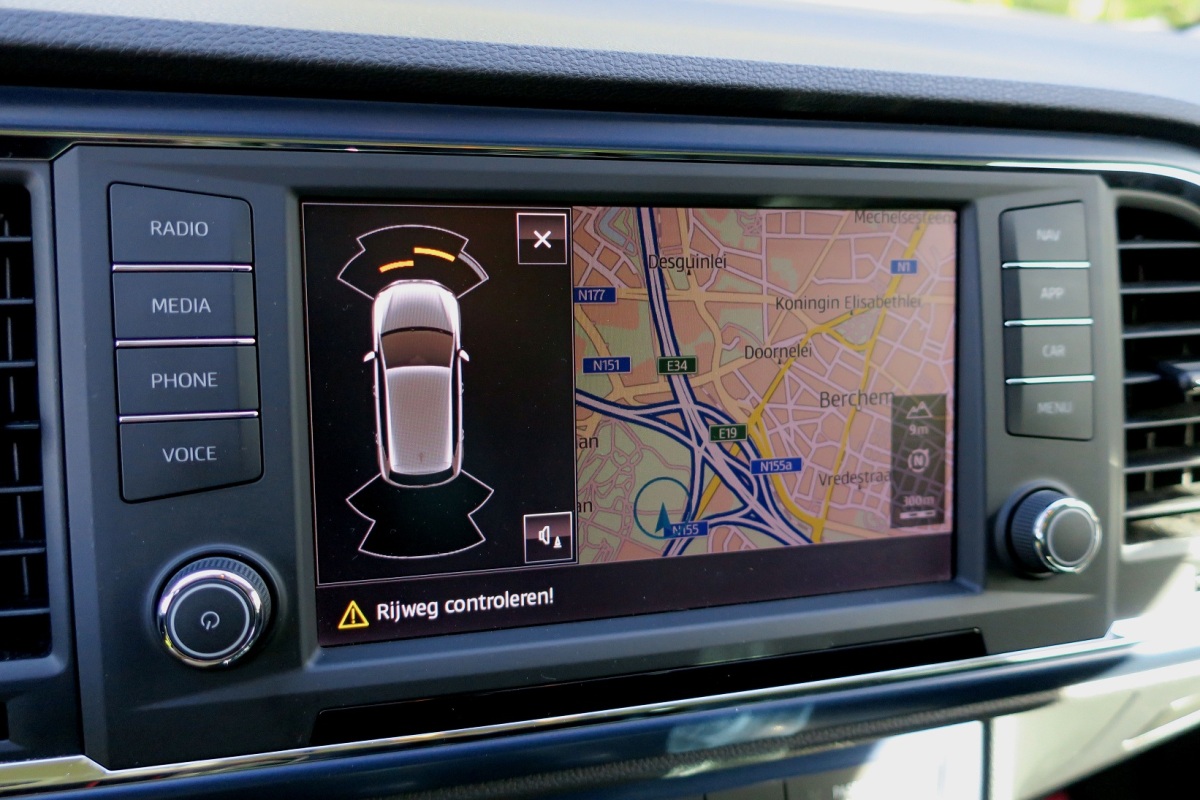 Room for sundry items and of course generous luggage space is also provided, as well as a self opening fifth door. Normal luggage volume is 510 liter. 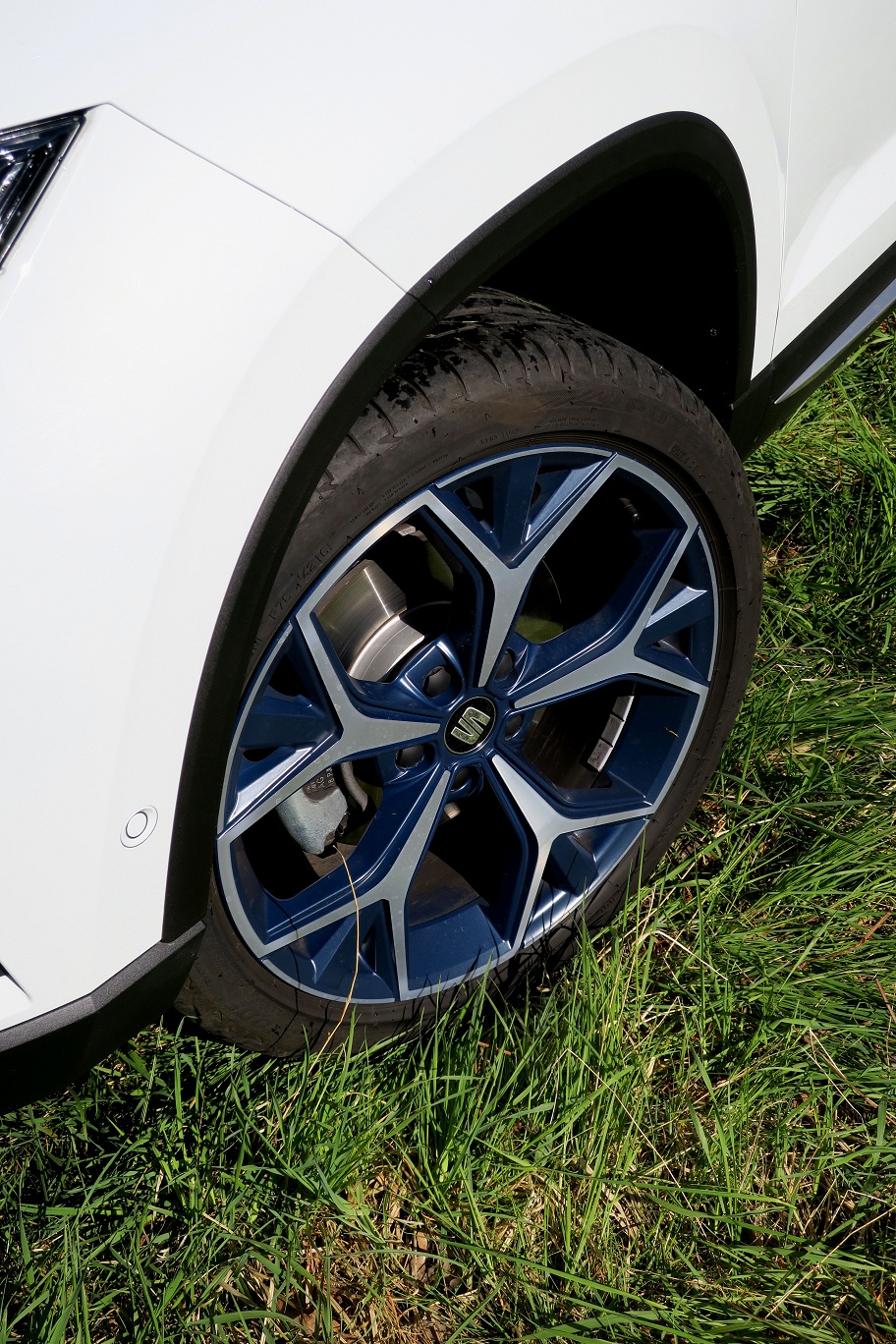 Besides its uncanny mechanical perfection, the Seat displays excellent, state of the art road manners. Steering the Ateca with verve through corners is child’s play, the steering is precise and responsive, handling is neutral and stable up to very high speeds. The front suspension has Mc Pherson struts, the rear suspension is semi independent. As one knows, the Ateca has the so called MQB platform, which the Volkswagen Group introduced in 2012. MQB  stands for Modularer Querbaukasten, translating from German to “Modular Transversal Toolkit” or “Modular Transverse Matrix”. 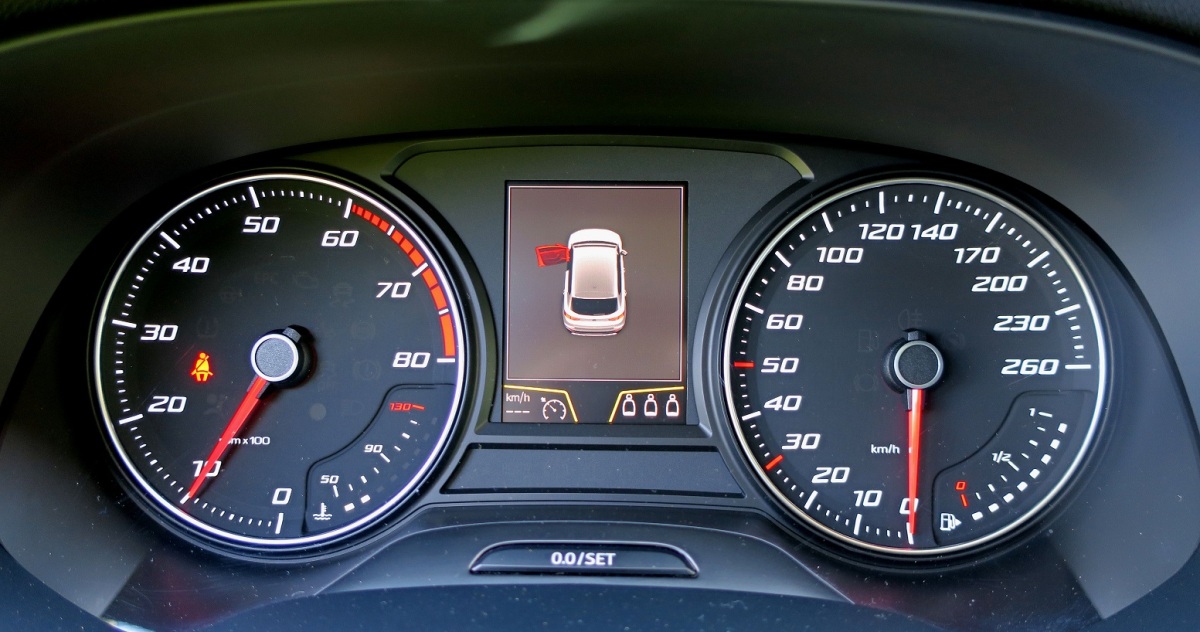 It is actually not a platform, but, rather, a system for introducing rationality to different platforms that have transverse engines, regardless of model, vehicle size or brand. Thus MQB uses a core “matrix” of components across a wide variety of platforms — for example, sharing a common engine-mounting core for all drivetrains (e.g., gasoline, diesel, natural gas, hybrid and purely electric). As well as reducing weight, the concept allows different models to be manufactured at the same plant, further saving cost.

All MQB cars will share the same front axle, pedal box and engine positioning, despite varying wheelbase, track and external dimensions. This MQB is used from the Audi A3, TT, Q2, to the Seat Ibiza, Leon, the Ateca of course, Skoda Octavia and Superb, Kodiaq, VW Golf, Passat, Tiguan, the latest generation Touran. The second generation of the Audi A1, the next Polo, and Q3 will also share this MQB technology.

All this is very nice to know for the Seat Ateca owner, and he certainly feels all this German high-tech behind the wheel…

The seats are pleasantly firmish and give excellent support and comfort for hours on end, and here the Ateca earns very high marks too, with the suspension striking a very good balance between comfort and positive handling.

The Ateca comes very close to perfection for its segment, presenting a host of qualities and striking a perfect balance between mechanical refinement, workmanship and build quality, frugality and performance, style and roominess. If you are looking for a SUV in this class, take a long hard look (and drive) at this Seat Ateca…

Of course we are keen to drive more powerful and Diesel versions of this Ateca, but this 1 liter TFSI was already very impressive indeed…