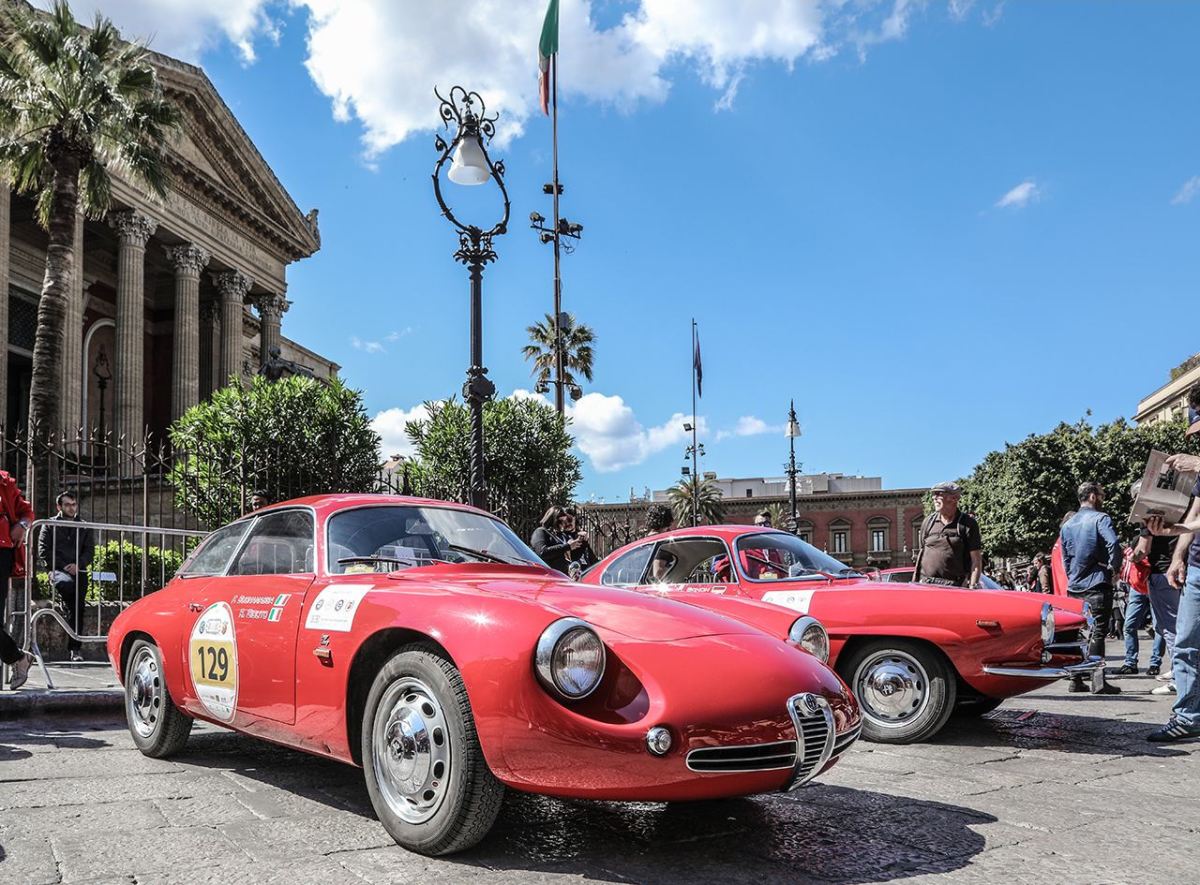 The 101st edition of the legendary “Targa Florio”, the world’s oldest surviving car race, was held in Sicily from 20 to 23 April. Originally conceived, funded and organised by Palermo magnate Vincenzo Florio for the purpose of establishing a “practical and precise criterion for assessing the travelling car”, the race has been held in various forms ever since 1906. Run in its modern form by the Palermo Automobile Club in association with its national parent organisation, the event involves three competitions, held simultaneously: “Targa Florio Rally”, “Targa Florio Historic Rally” and “Targa Florio Classic.

Alfa Romeo and Abarth are participating as Main Sponsors, with selected important cars from the Group’s past to star on the island’s roads in the Targa Florio Classic.

Alfa Romeo recorded some of the finest achievements in its racing history at the Targa Florio by winning 10 overall victories, 3 second places, 7 third places and 10 fastest laps. As well as this amazing tally, the brand also holds two records: for consecutive victories (6 wins from 1930 to 1935) and for first and second finishes in the same year (five times). This is not to mention the many class wins, with the Giulietta SZ and the Giulia GTA, TZ and TZ2.

We just tell you here a bit more about those cars… 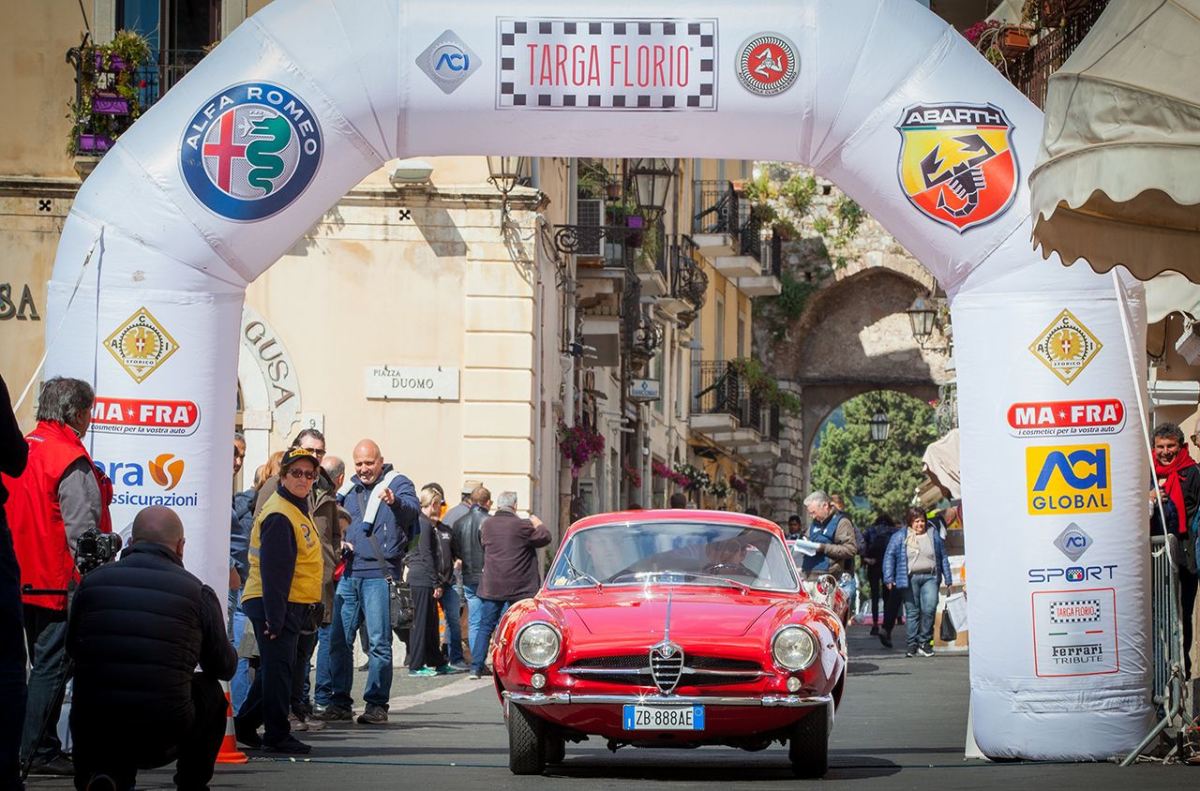 One of the star attractions in the regularity competition for historic cars that will pass through key Sicilian locations with links to the famous race will be the 1960 Giulietta SZ. It is a second-series model with the distinctive “cut-off rear” (or Kamm tail) that easily achieves 200 km/h thanks to its amazingly efficient aerodynamics. Under the bonnet, a straight four, 1290 cc engine able to deliver 100 HP).

The Giulia Sprint Speciale was an evolution – with 1,600 cc twin camshaft engine – of the Giulietta version of the same name, designed by Franco Scaglione for the Bertone carriage-works on the car’s short-wheelbase chassis. It is one of his loveliest creations: long and wide (actually larger than the sedan), the Giulietta Sprint Speciale is an extremely low, streamlined coupé with sleek, curvy lines.

The absence of bumpers and its large “shark mouth” radiator immediately gave it dream car status. But this sophisticated design was the outcome of meticulous aerodynamic research, which produced its low nose and distinctive cut-off rear. Performance was very impressive: its 1570 cc longitudinal front engine delivered 113 HP and powered the Giulia SS to a top speed of 191 km/h.

Of the Sixties Alfa Romeo models dearest to the hearts of the brand’s fans, the Giulia Sprint GTA, undisputed queen of the racing scene, enjoys a very special status. Its line is virtually identical to that of the standard production “GT” cars with bodywork by Bertone: the “A” in the name stands for “Alleggerita”, or “Lightweight”, pointing to its most significant difference from the standard Sprint GT. 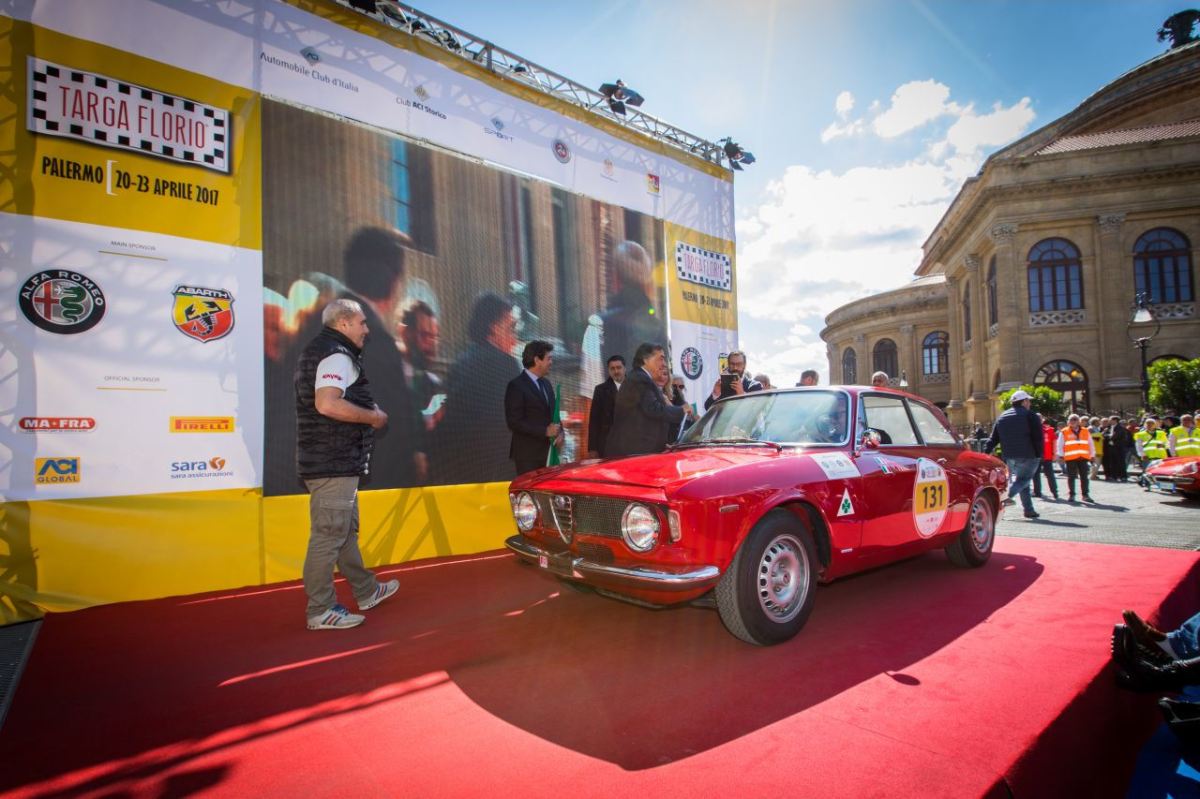 The steel bodywork was replaced by ultra-light alloy panels and – thanks to the elimination of the antidrum panels, the paring down of the equipment and the use of 14” magnesium wheels – this cut the car’s weight by more than 200 kg, giving a total of 745 kg compared to the 950 kg of the road Sprint GT. The 1570 cc twin camshaft engine was also modified to increase its power to 115 HP, for a top speed of over 185 km/h. The Museum’s car still has a road setup, which differs from the Sprint GT in just a few details, including the simplified handles, the lighter badge, the front air inlets, the alloy wheels and the special interior. 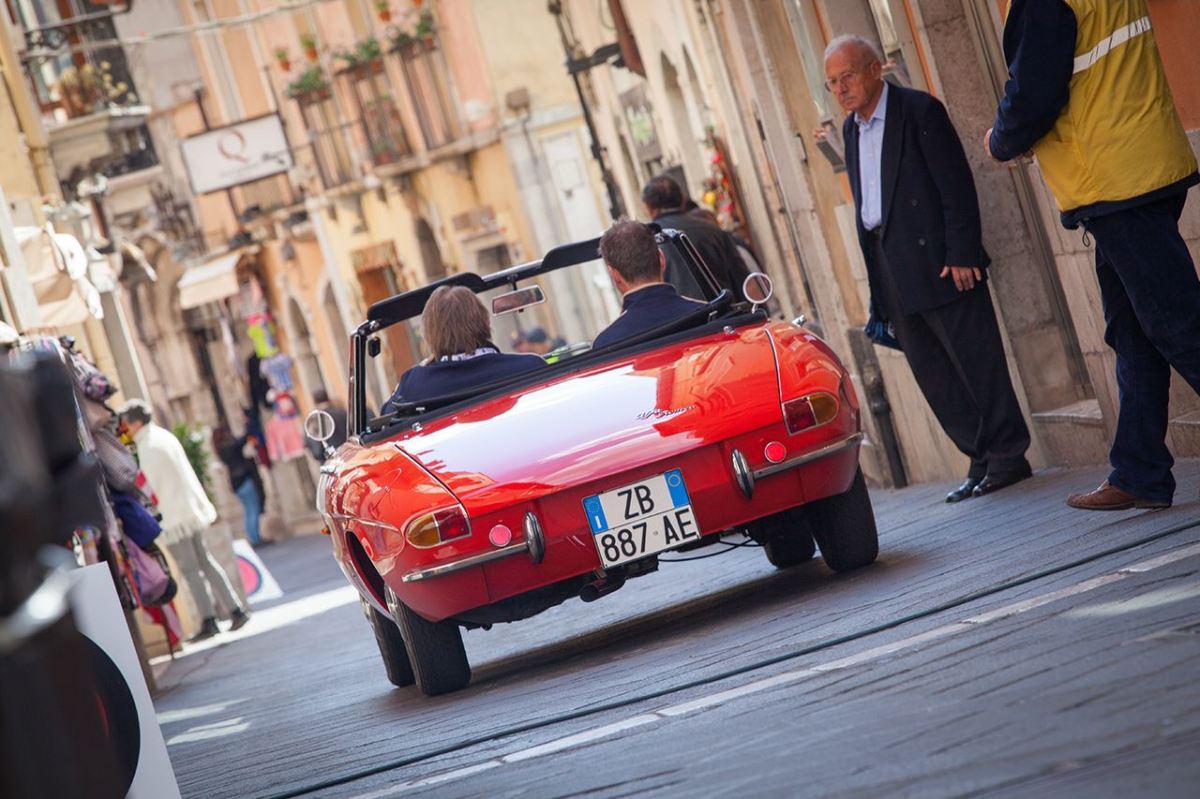 The 1600 Spider “Duetto” first appeared in 1966 and surprised everyone with its unusual, unconventional design by Pininfarina, quite different from other versions of the Giulia range due to its low nose and tapered “cuttlefish bone” tail, almost the opposite of the sedan’s trademark cut-off rear. Its mechanics were derived from the Giulia Sprint GT, with power boosted to 109 HP at 6000 rpm and wheelbase shortened to 225 cm: its performance and driving pleasure were firmly at the top of its class, with a maximum speed of 182 km/h, rear-wheel drive and independent-wheel suspensions. The Duetto’s rise to international fame was assisted by its unforgettable appearance in the film “The Graduate”, in which it was driven by Dustin Hoffman. It was produced in four series and various versions up until 1994: a very long career.