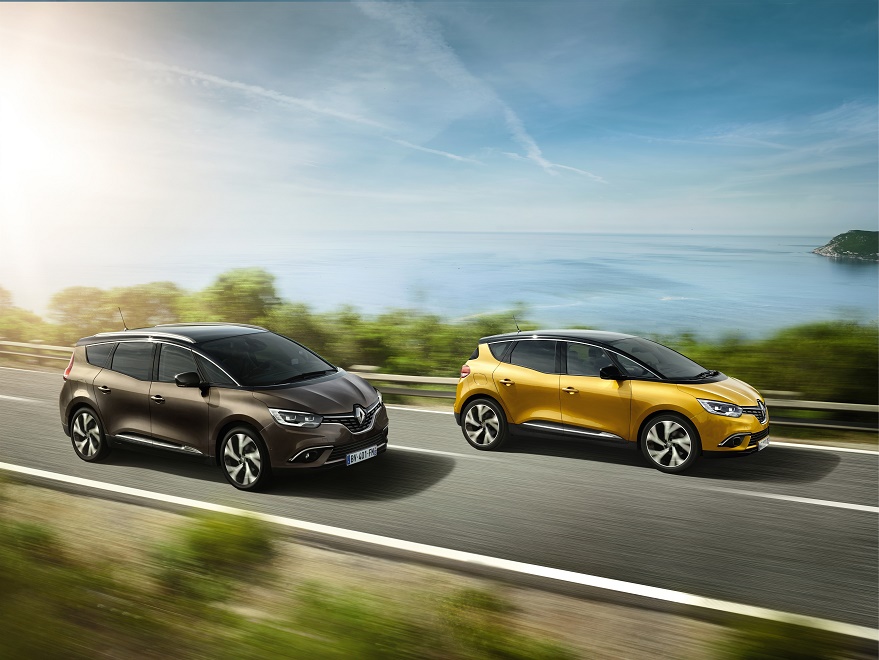 Twenty years after inventing the world’s first compact MPV (multi-purpose vehicle) with the Scénic – which has since sold to the tune of almost five million units and which was named European Car of the Year in 1997 – Renault has completely overhauled its offering in this segment with the fourth generation of its iconic model. It is of course a very important model for Renault, with compact SUV’s gaining ground in the buyer’s hearts and MPV’s becoming less attractive. But designer Laurens Van den Acker gave it a go and endowed the Scénic with stunning looks, and wants the practical people carrier to be a winner – once again.

The new SCENIC carries over the hallmarks that helped to forge its success, namely versatility, space, user-friendliness and travelling enjoyment.

The new SCENIC is a benchmark in the MPV segment as a vehicle that is  , practical, efficient and high-tech, while also meeting the needs of families.

It is attractive with its svelte silhouette, its two-tone colour scheme and the fitment of large 20-inch wheels as standard across the range – a global first for the segment.

It is also practical, thanks to the biggest stowage capacity and boot space in its class, and efficient, with a broad range of powerplants comprising six diesels and two petrol engines. Last but not least, the core range diesel version incorporates Renault’s new Hybrid Assist technology.

The Scenic is of course also quite high-tech thanks to a raft of driving aids and other features, such as its Active Emergency Braking System (AEBS) with Pedestrian Detection – a standard feature across all equipment levels.

In both its short and long guises, the fourth-generation SCENIC is of course firmly focused on winning over again loyal owners of its three previous generations who have long been drawn by the innovative features of the model which introduced the first sliding centre console.

We hope to lay our hands on one soon…in the meantime, just look at the photos!