There was news to be seen and admired on the Range Rover show stand at the Brussels Salon, with the sleek and clean Range Rover Evoque. The car has already been presented in London in November last year, but its show debut comes in Brussels. 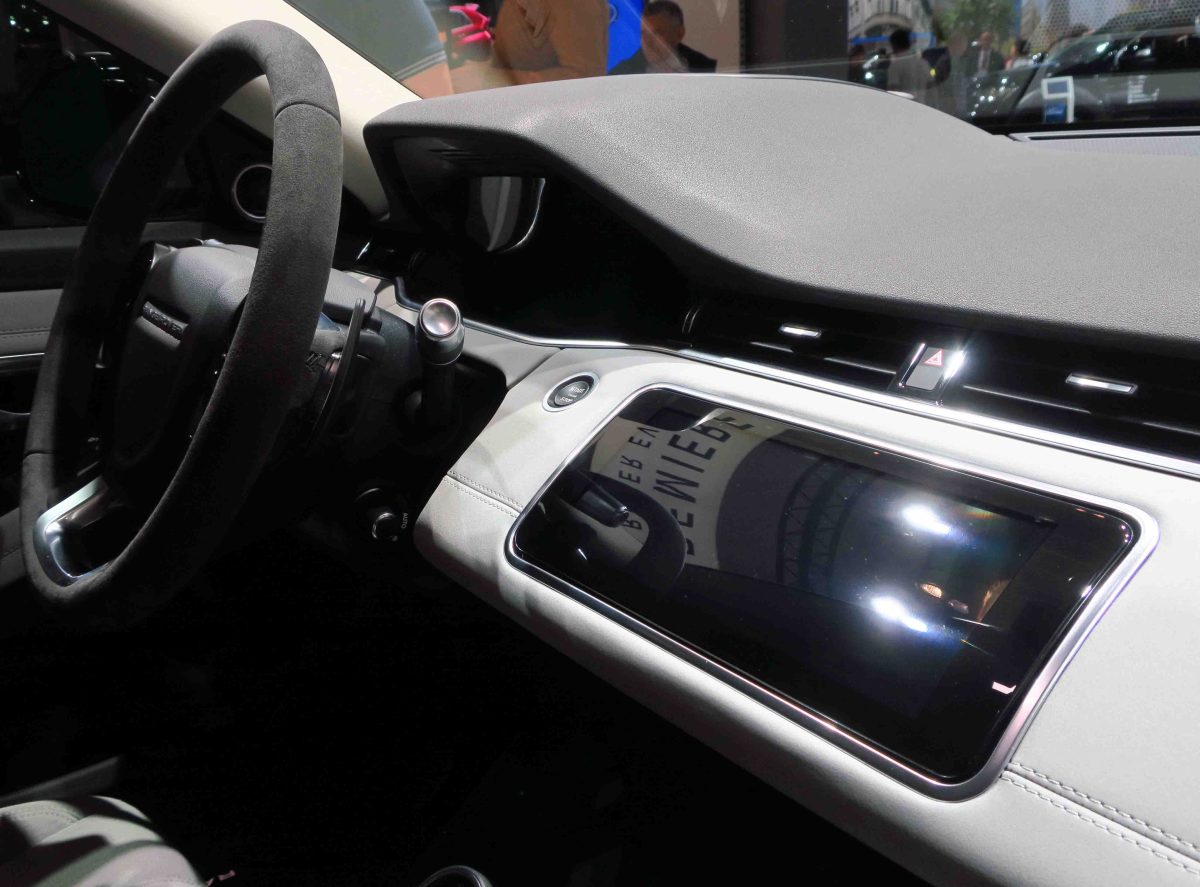 A very refined car, with a pure styling language which we also find in the Velar. Indeed, a modernist exterior design, with an equally clean lined  technology-rich interior with new materials crafted from eucalyptus, wool and recycled plastics. (See the seat upholstery below…)

The Evoque is available with a range of efficient four-cylinder diesel and petrol engines and Land Rover’s first mild-hybrid electric technology (MHEV).

The Evoque pioneered the luxury compact SUV market, with global sales of over 772,096 and more than 217 international awards, and the new Range Rover Evoque is a quite sophisticated evolution of the original.

Tech firsts include ‘see through bonnet’ technology and a rear-view mirror that turns into an HD screen displaying a camera feed of what’s behind the vehicle.

What we most admired was the clean design, and its purist simplicity and modernism. At the presentation, we had a short interview with Jeremy Waterman, Chief Designer, Exteriors Land Rover. Jeremy Waterman is a senior member of the exterior design team working under Massimo Frascella, Land Rover’s Creative Director for Exterior Design. In 2004 Jeremy moved to Land Rover Design in Warwickshire.

Standing besides the Evoque, I addressed a few questions to Jeremy:

HKTB: “The design language is much more pure, and it remembers me of the original Rover 2000, the simplicity and clean lines, also found then in the dashboard…”I commented.

The dashboard of the iconic car of the early sixties, the Rover 2000, here already with the Buick based V8 3,5 liter engine, found in many Range Rovers since. Its beautiful simplicity and clean lines were a styling benchmark…

YW: “Yes, this is indeed this reductive journey we’re on, taking all the superfluous elements off the car, it does give you this simplicity and timeless quality, which is what we are trying to do. It also gives you that modernity feel, combined, we have to do all the precise detailing, we say that the more you pare the design back, the more you have to have the elements that are left back precise, so with our great engineers we worked very well together to get a very luxurious, modern and sophisticated product. But it still got the character of the original Evoque, the sideview and the proportions.

HKTB:“The car was a success”…

YW“Yes, we still love that car, but this one is more is more modern and sophisticated.”

HKTB: “Who actually had the idea originally to make the small window?”

YW: “Actually the design team, as a result of rising waist and falling roof, you end up with that very pillar-box rear window. But without it, it wouldn’t have that character. It made the car really, with that visual robustness and the wheel at each corner, you have to remember, it was a very different proportion when this Rover first came out, but as we know it just worked.” 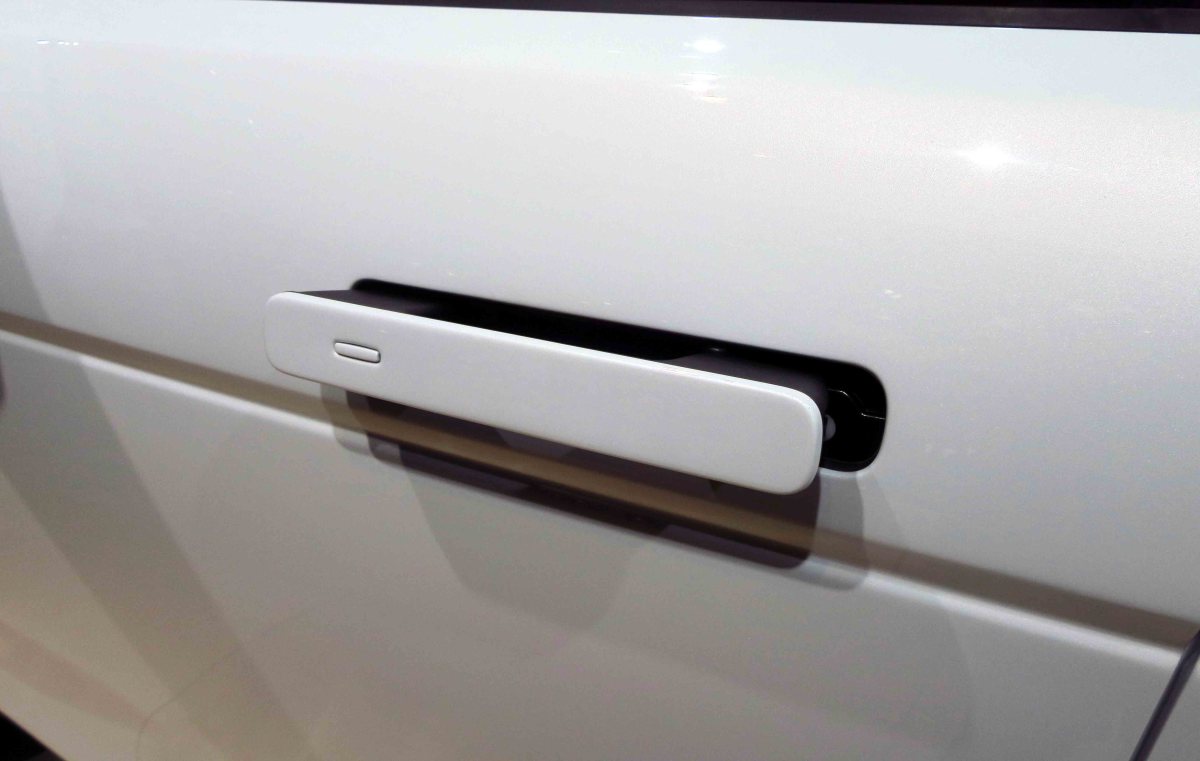 Yeremy Waterman continued: “It also brought youth into the brand, and it gave the customers a platform to start into the larger vehicles, we are very proud of what that car did. This one equally is a step on, the technology and as you say the interior, more car, more sophisticated, and this with the technology and the increased legroom; when you see the ground view, the deletion of the bonnet with the cameras, it is just fantastic…”

HKTB: “Thank you very much”

YW: “Thank you very much, it was a pleasure to meet you!”

We show you here some photos of this elegant and refined Evoque, and needless to say we are very keen to lay our hands on one in the near future…