Nissan has been putting forward intelligent mobility for more than a decade now, and its latest Leaf amply proves the point. It is now the number one in full electric vehicles sold on our Belgian market. Another bestseller, in the crossover segment this time, is the Qashqai.

The Alliance is now also stepping into another era of petrol engine mobility with the introduction of a new 1,3 liter petrol engine family, which the Alliance has co-developed with Daimler. Besides the Qashqai and X-Trail, it will find also a home in a larger range of Group Renault vehicles such as Captur and then Mégane Hatchback. It will also be used by Mercedes for its compact models. In Europe, the new 1.3 TCe, as it is dubbed by Renault, will be produced at Valladolid in Spain, Sunderland in the UK and at Daimler’s Kölleda plant in Germany. Worldwide, it will also be produced in China at two different plants. Vehicles powered by the engine will be sold in Europe, Latin America, Asia, Africa and the Near East. The objective of Daimler and the Alliance is to produce not less one million units a year…

A model of this new engine, in the Qashqai as the DIG-T gasoline engine, was shown at the press conference, and of course we show you here the photos…Just read more here below! 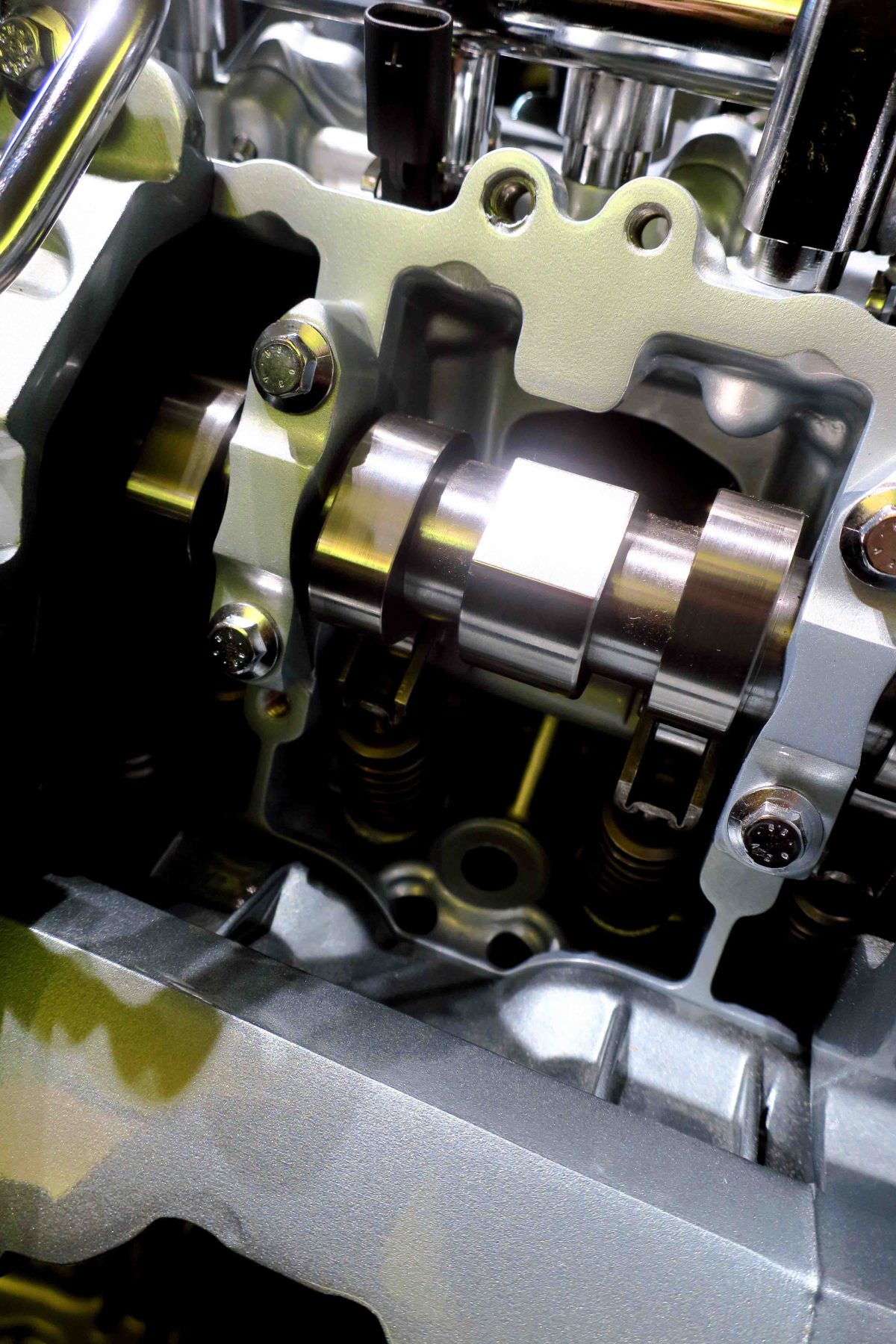 “More than a new engine, this is the starting point for a new family of engines. The 1.3 TCe was designed to offer considerable evolution potential both in terms of life span and versions. It could be adapted to all Renault and Nissan models from the B segment (Clio/Captur) to the D segment (Talisman/Espace) and to the compact models of Mercedes-Benz.”, stated Xavier Durand, Engine Adaptation Project Manager at Renault at the introduction of this engine.

In the Qashqai, it lives as we said here above as the 1.3-liter DIG-T gasoline engine, and is available in 140ps and 160ps outputs. The engine will also be available linked to an all-new 7-speed Dual Clutch Transmission (DCT), the first time such a system has appeared in a volume Nissan. 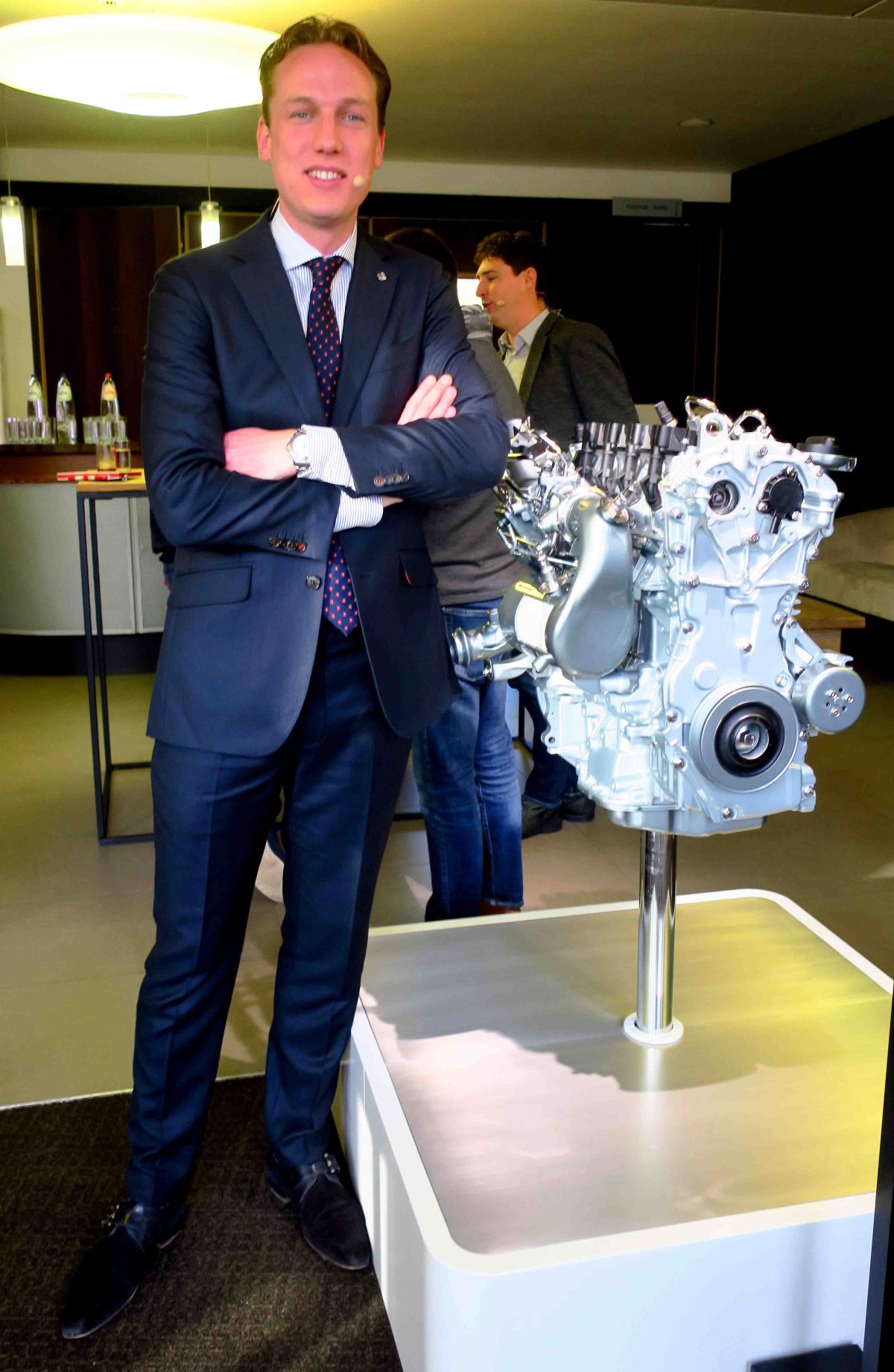 A gasoline particulate filter has been added, and areas of improvement include the fuel injection system, combustion chamber design, reduced friction and optimization of the turbocharger. It also offers a quieter experience because of the higher torque at low RPM.

The new engine also reduces the cost of ownership thanks to lower maintenance costs over the lifetime of the engine. This means oil changes have been extended from 20,000km to 30,000km. The three new power trains directly replace three older ones – the 1.2 liter  115 HP  manual and CVT, and the 1.6 liter 163 HP manual. By the way, the development of the new engine is a natural part of Group Renault’s “Drive The Future” 2017-2022 plan.

Mr. Richard Tougeron, Country Director of Nissan Belux, commented on this year’s sales results in the Belgian market until October.

But of course, there was more Nissan news at the conference, expertly handled by Melvin Keuter, Communication Manager Nissan Belux. Further speakers were present: Richard Tougeron, Country Director of Nissan Belux and Hamza Chaaban, Marketing Product Manager at Nissan Benelux. Last but not least, Melvin Keuter made at the conference an interview with Nicolas Paris of Lampiris.

Mr. Richard Tougeron commented on this year’s sales results in the Belgian market until October. The market grew overall some 3 pct, Nissan grew not less than 7 %, resulting in a 3,5 pct market share. Sales towards companies rose by not less than 35 %, and leasing grew by 22 %. Nissan plans to achieve a market share of 4 % in the future.

Nissan will show on the Brussels Salon also the N-Guard Navara, based on the Tekna version of the Navara.  The front grille, fog lamp surrounds, door mirror caps, door handles and rear bumper are all finished in impressive black, along with the side steps, roof rails and it rides on 18-inch alloy wheels, especially designed for the N-Guard.

Mr. Chaaban commented on the new 1,3 engine, which is also to be found in the X Trail, coupled to the revamped choice of transmissions.

On the Brussels Salon, Nissan will be present with commercial vehicles, amongst others the e-NV200.

At the press conference, Melvin Keuter also interviewed Nicolas Paris of Lampiris. The energy supplier has decided to electrify its entire fleet of company vehicles. The objective is to replace its fleet of some 100 cars by electric cars in four years’ time. The Lampiris staff will be able to choose between four smaller models among which the Nissan Leaf. 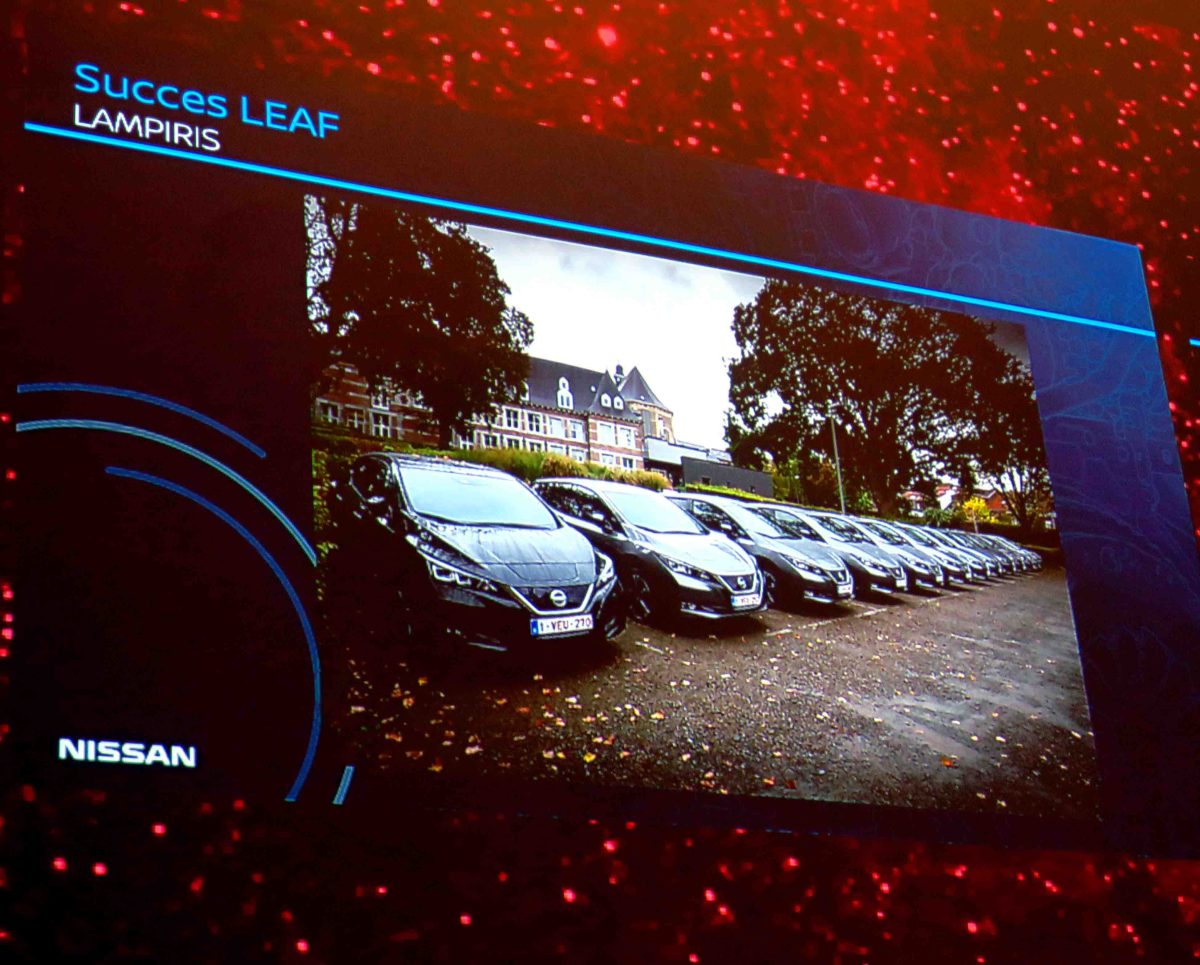 Nicolas Paris, responsible for the electric fleet, sees much enthusiasm amongst his colleagues, but admits that to satisfy most, a car sharing plan amongst employees has been set up, to meet wishes for longer trips during holidays, etc. User experience is most positive: after less than 2000 kilometers, the employees were most convinced of the merits and pleasures of e-driving…

The colleagues who drive with e-power are also getting more environment conscious, and are now even proud and keen to participate in this project. Mr. Paris is also confident that the network of charging points will soon become denser, and that in the coming years, the practical driving range will also increase substantially…