The Wrangler is available in two- and four door versions…

The Jeep is the car which gave us back our freedom in WW2, and it does this ever since right to this day, with increasing authenticity.

Because it is a truly authentic and honest car, and this the Jeep was indeed from the day of its birth, what’s more, it brought the freedom to everyone behind the wheel, to choose any path and road (in life) he or she wanted.

Stroke of genius in uniting form and function…

Its original designers had a multiple stroke of genius in designing every element of this wonderful machine. Indeed, its components have been totally inspiring to many, striking a perfect balance between form and function.

Soon everything about this original “General Purpose” vehicle had become totally iconic, and it was only natural that very soon after the war, people developed a never-ending love affair with this “GP” or Jeep, an affection which has grown ever since.

The Jeep community has of course grown throughout the decades, and this inspired today’s designers to reach out for and dig ever more into the original DNA of this Jeep. 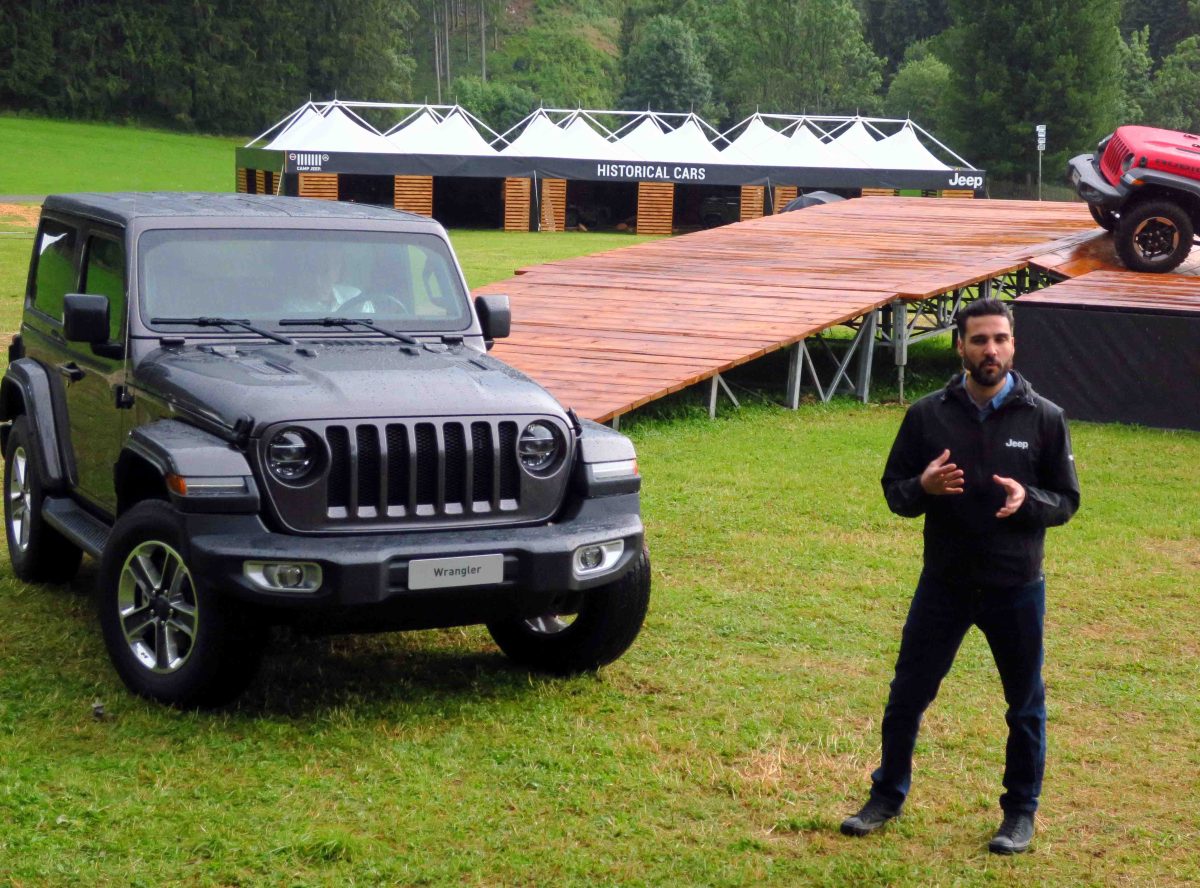 Chris Piscitelli, head of design center Jeep Brand, (see photo above) emphasized this again in his presentation at the Jeep Camp near Zeltweg.

With the Wrangler being the true successor of the original in its simplicity and ruggedness, it is for this model that the search for this authenticity has been much pursued. The fully redesigned Wrangler is the result of this, and as you can judge from the photos, it truly looks the part. 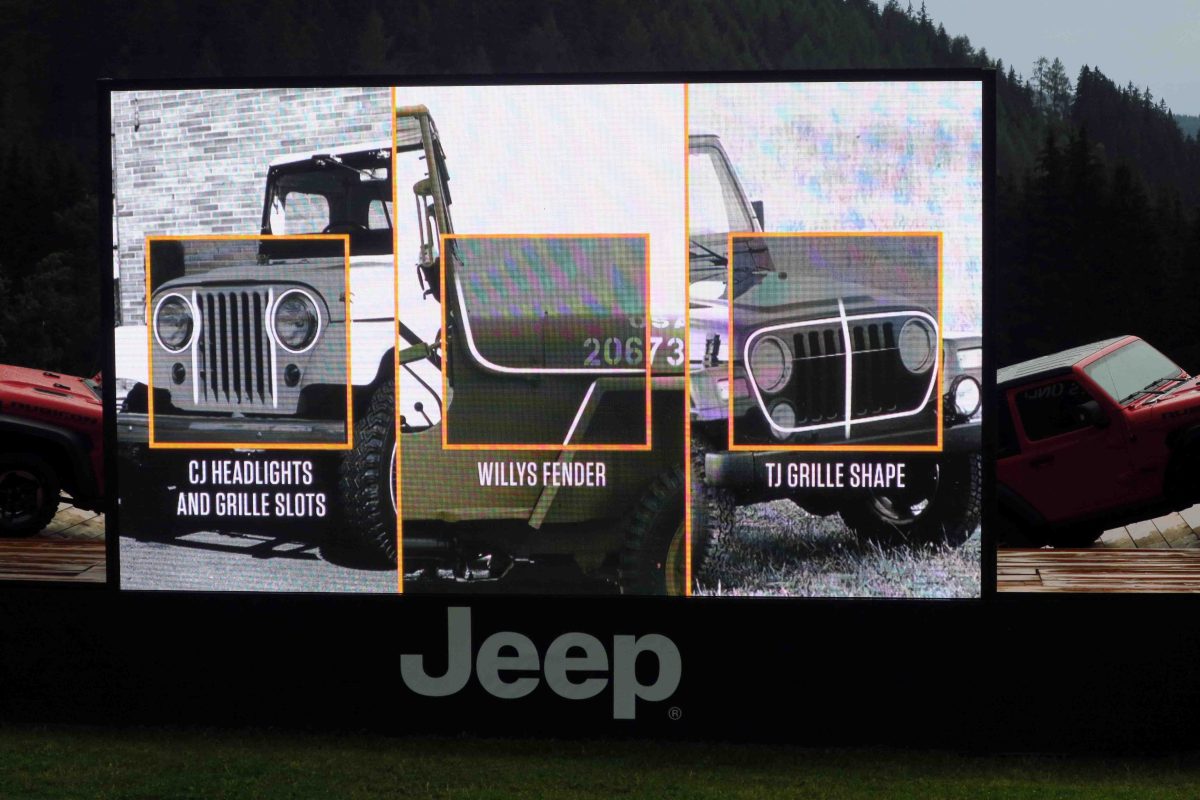 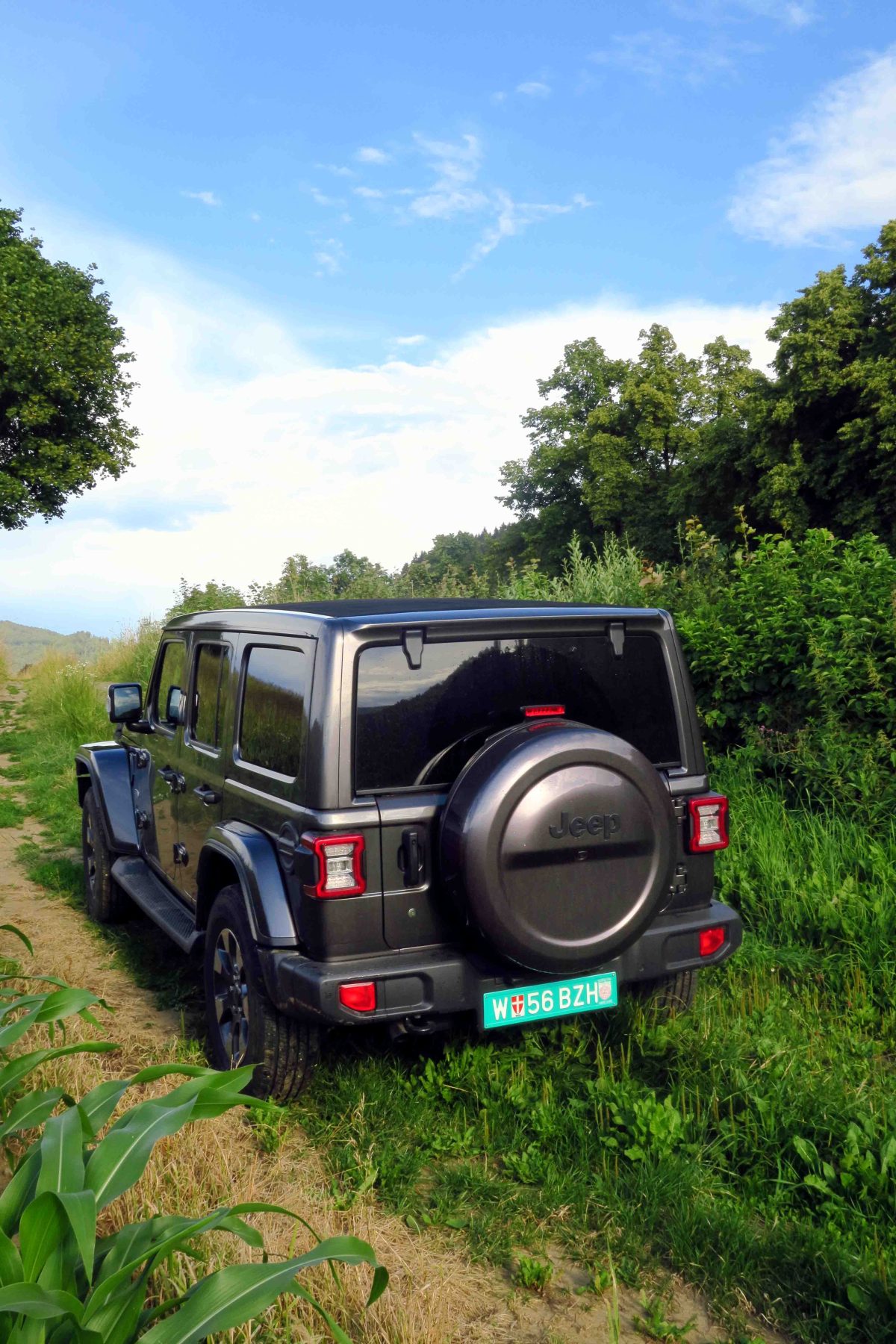 Well proportioned, its body lines evoke the classic and timeless shapes of the original Jeep. Everything about it is “Just Right” from the bumper shape to the grille, shape of fenders, doors, roofline, you name it.

One finds the same well-proportioned authenticity in the interior, where the designers were taking inspiration again from the horizontal proportions of the original dashboard layout. Of course, everything is now attuned to the needs and desires of modern connected man and woman, and in this electronic age, a plethora of apps and connected features are available. 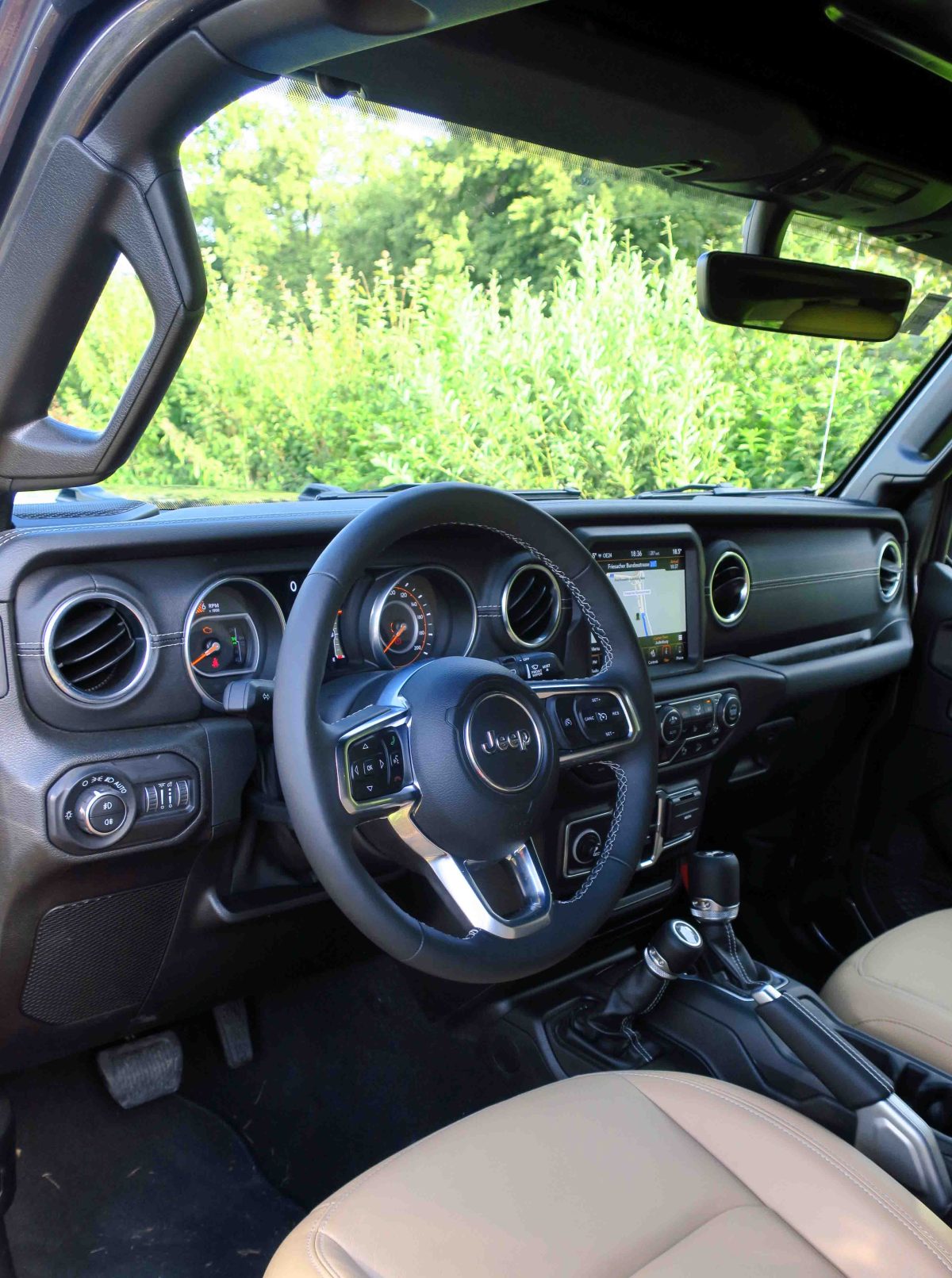 Versatility was also a hallmark of the original Jeep, and in their search for the authentic DNA, the designers also went quite a long way. The roof can be opened, doors can be taken off, the windscreen can be folded.

This could already be done in former Wranglers, but all this has now been made even easier, and is more fun and pleasurable to do. The door bolts and the screwdriver(s) can now be neatly arranged in the ridge of the boot space, and so the Jeep owner will never lose any of the essentials of his coveted freedom carriage.

Because true freedom is what this Jeep offers. Free to go anywhere you want, and reach any destination, whatever the terrain, whatever the weather. We all tested and experienced this for you in the natural forest reserve in Austria, in the Steiermark province close to Zeltweg. There Jeep has laid out a trial course for us, which was indeed not for the meek and weakhearted. 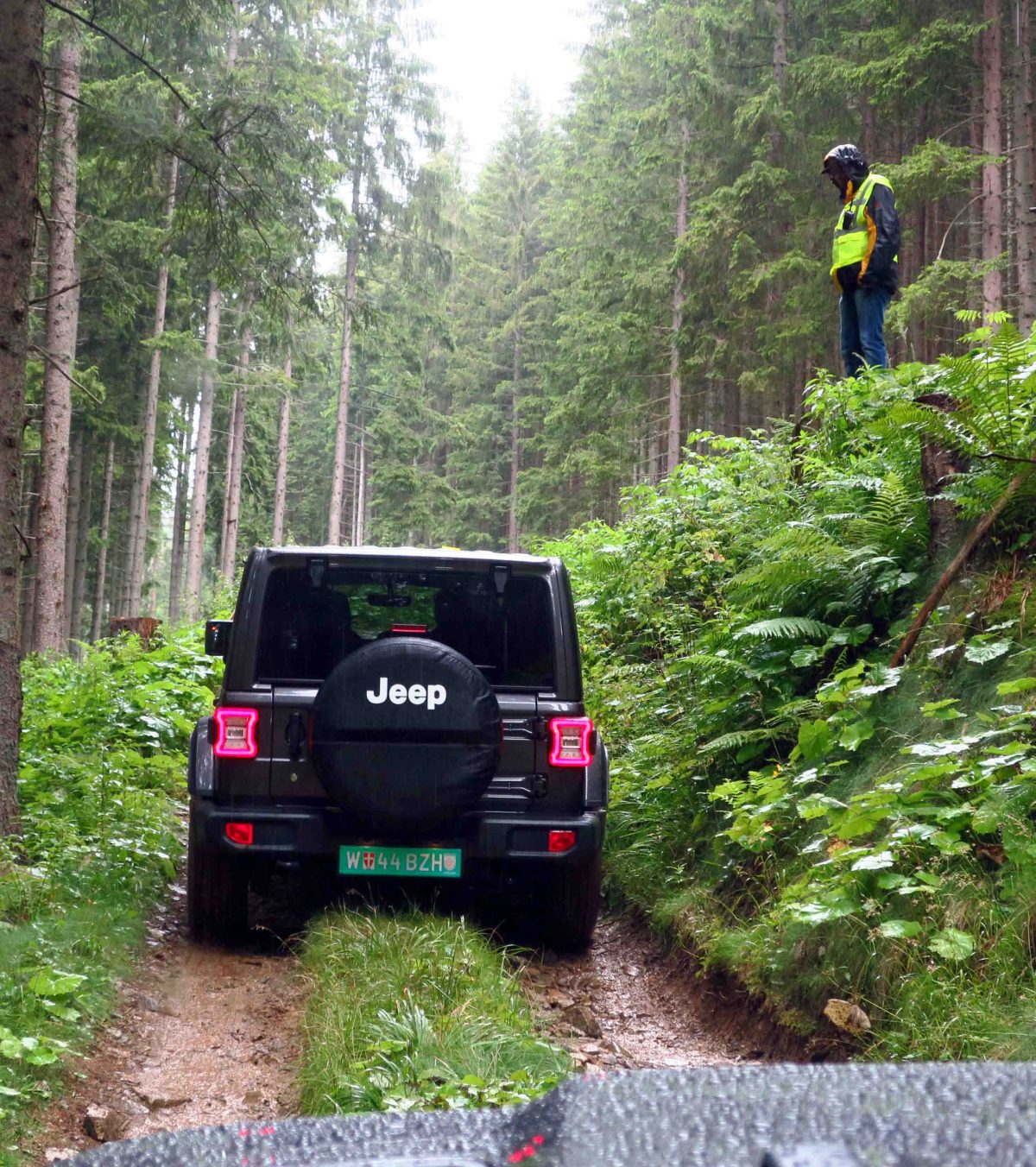 There we tested the truly formidable offroad capacities of both the Rubicon and Sport versions of the Wrangler. In wet and very slippery and muddy forest terrain, both versions were mastering the steepest holes and rocky ridges easily and were even able to pull themselves even from standstill out of the trickiest and nearly impossible situations.

Jeep aficionados might know it, but a word of explanation might be indicated here on the different models of the fourth generation Jeep Wrangler range. It is offered in three different trim levels: Sport, Sahara and Rubicon – all available in two- or four-door configuration, and in an all-new Overland pack, exclusively on the Sahara version, ensuring a more up-scale appearance.

Two  four-wheel drive systems are available: Command-Trac – on the Sport and Sahara trim levels, and Rock-Trac – standard on the Rubicon trim configuration, the most rugged and capable model for off-road driving. Both systems feature the new Selec-Trac full-time two-speed transfer case for a continuous monitoring and management of the torque sent to front and rear wheels. 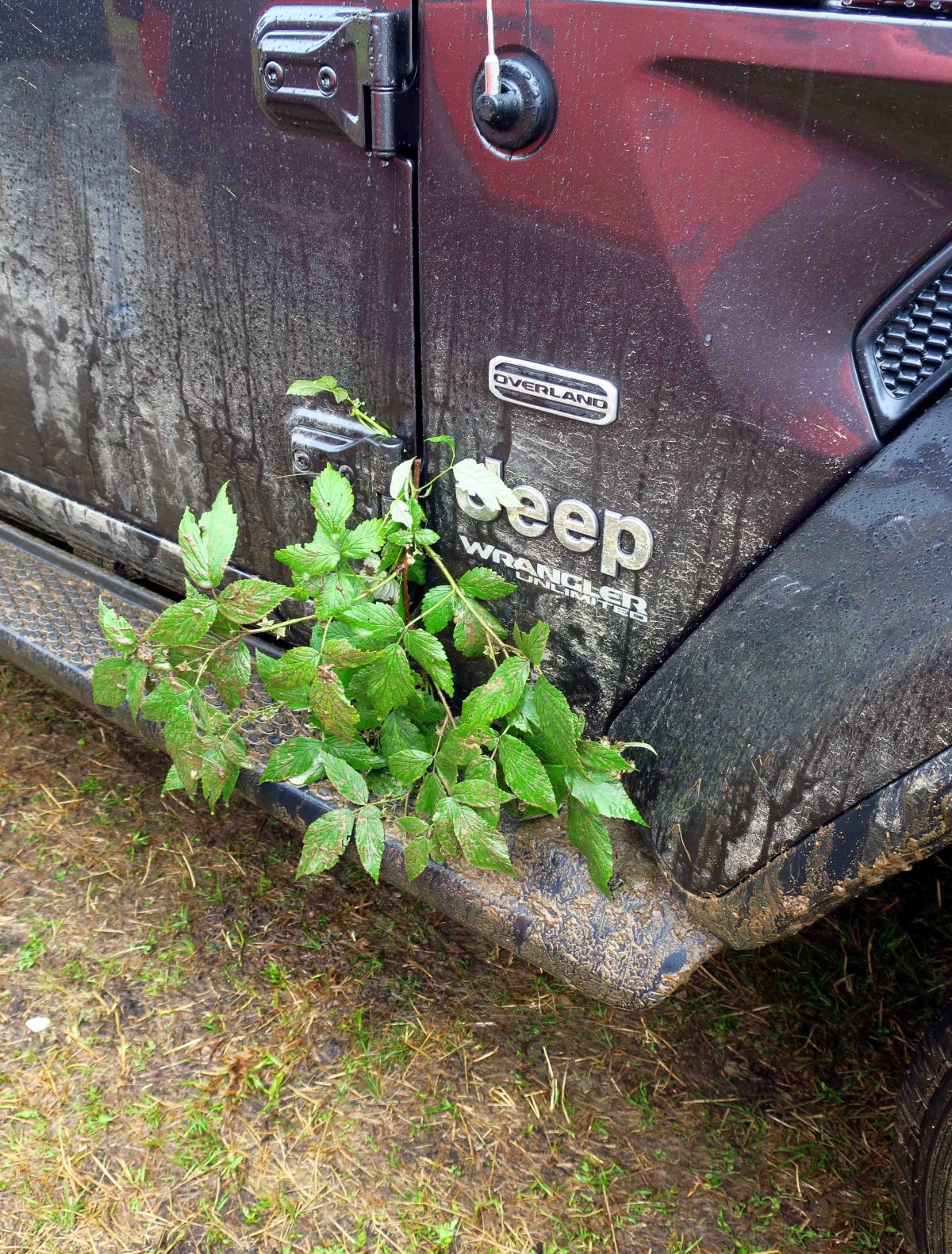 Let’s just conclude that the off-road capacities are truly legendary. For the trial, in all versions, we just locked the lever in 4L, put the handle of the formidable 8-speed automatic gearbox in “D”, and let the all new 2.2-litre MultiJet II turbo diesel engine do the rest. The Jeep just went on and on unerringly, dragged itself through everywhere, and was surprisingly comfortable too.

On the central 8.4-inch UconnectTM touchscreen, we chose among the plethora of available apps the “Off-road” Pages which shows pitch and roll angles and other vehicle 4×4 capability features, including  4×4 systems and differential locking. It showed us that we were 1139 meters high on our Alpine trail, which we tackled in rain and misty conditions, just adding some atmosphere to our (ad)venture.

Thoroughly modern in technology and connectivity

The adventurous urban outdoor enthusiast wants his vehicle to be tuning in the needs of his time; We mentioned already the new 2.2-litre MultiJet II turbo diesel engine, featuring four valves per cylinder, a belt-driven Double Over Head Camshafts (DOHC), 2,000-bar Common Rail injection system, solenoid injectors and a variable geometry turbocharger (VGT). Mated to a new eight-speed automatic transmission, the 2.2-litre turbo diesel engine delivers 200 horsepower at 3,500 rpm and a torque of 450 Nm at 2,000 rpm. 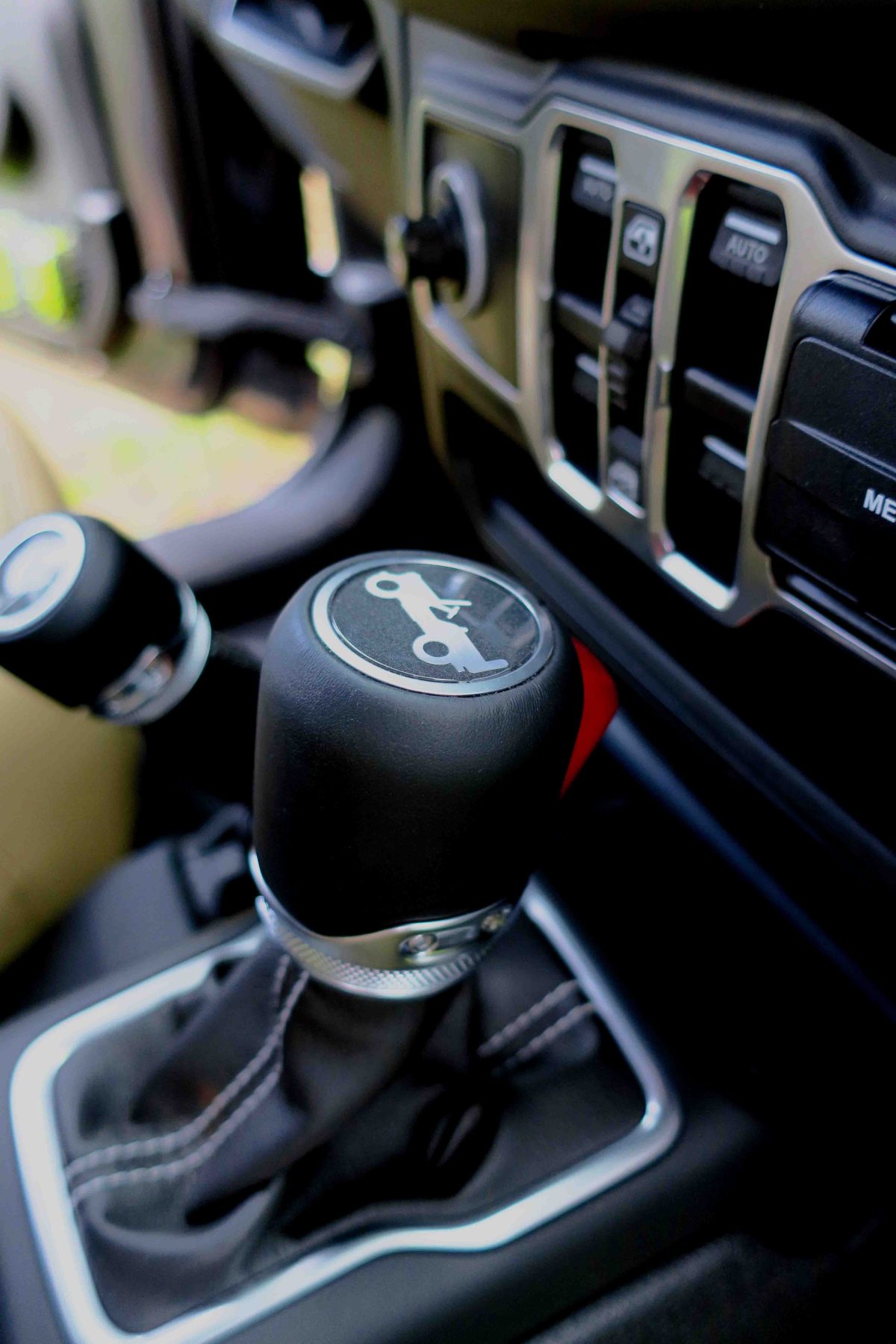 The Jeep logo is fouind in not less than 10 places, and of course on the lever of the excellent 8 speed auto box…

The aftertreatment has an underfloor SCR system that reduces NOx to negligible values and a DOC and DPF close coupled to the engine for the particulate Matter reduction. Both these aftertreatment systems makes the vehicle compliant to the new RDE Euro 6/D standards. Average consumption is combined 7.6 liter and CO2 emissions are 254 g/km.

This is the first time that the combined use of a Twin Scroll turbocharger, C-EGR system, central direct injection and the independent liquid cooling intake of air, throttle body and turbo have been employed together. The new 2.0-litre will be available across Europe in the fourth quarter of 2018. 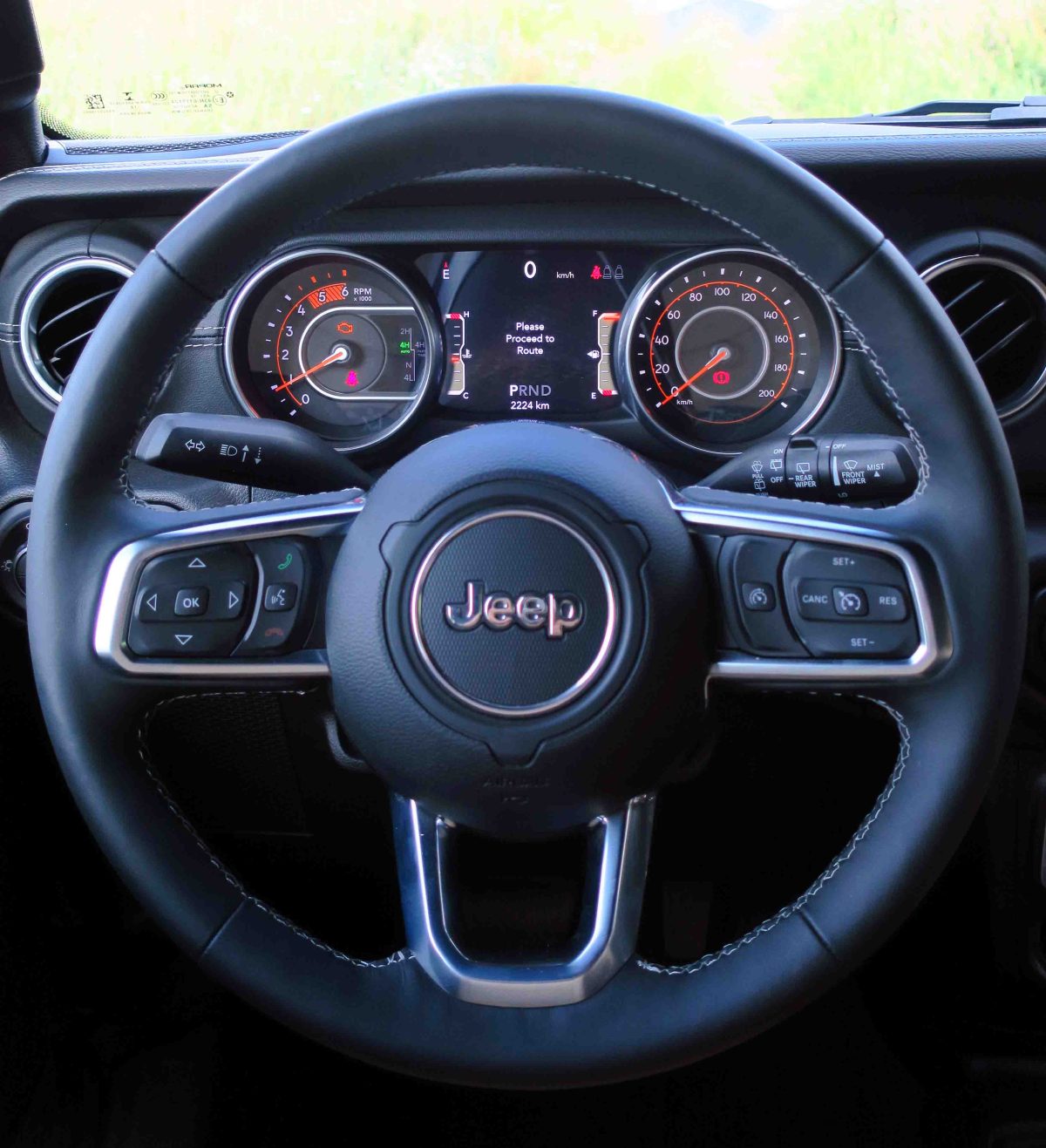 Standard on the Wrangler’s 8.4-inch UconnectTM are the Connected Navigation (TomTom Live)  and Off-road Pages, which we mentioned earlier.

With UconnectTM LIVE and using the touchscreen, users connect to Tune In Internet, a web-radio with more than 100,000 stations from all around the world; the Deezer Internet Music platform, containing over 35 million tracks; Reuters, to keep abreast of world news; and, of course, Facebook, Facebook CheckIn and Twitter to keep in touch with friends and followers.

Of course, a new Wrangler will not stay completely custom for longer than a few days. Mopar® – the FCA brand in charge of after-sales services offers more than 180 Original Accessories. 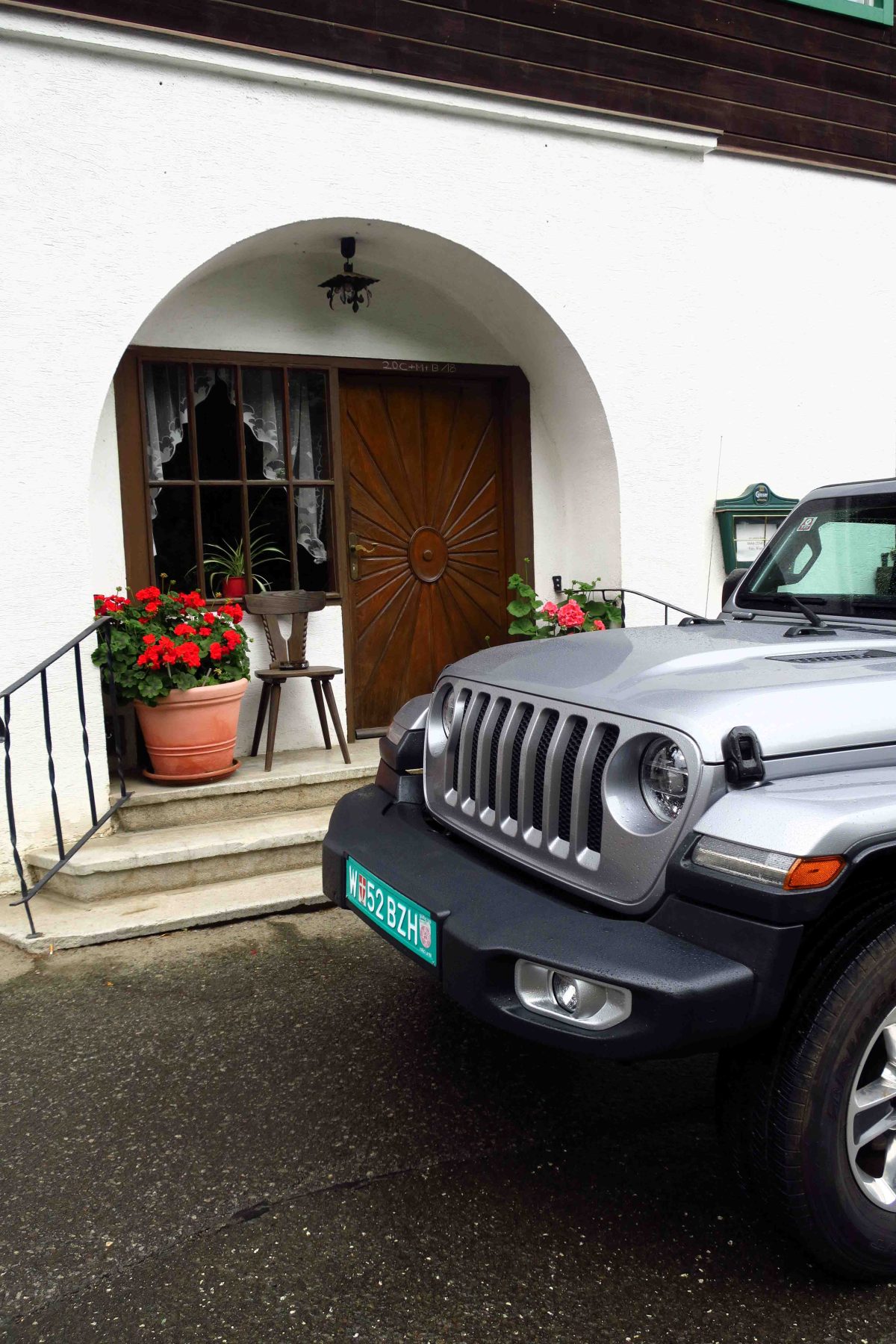 Our first encounter – and trial test drive – of this new Wrangler truly transported us, in a brave world of freedom, of outdoor (ad)venture. If you like a car which embodies and reflects your free, open spirit, your sense and desire to break barriers, to think authentic and original, to discover new paths (in life), a car which will accompany you timelessly as a good friend and never let you down, then this Wrangler is the car for you. Authentic and forever.