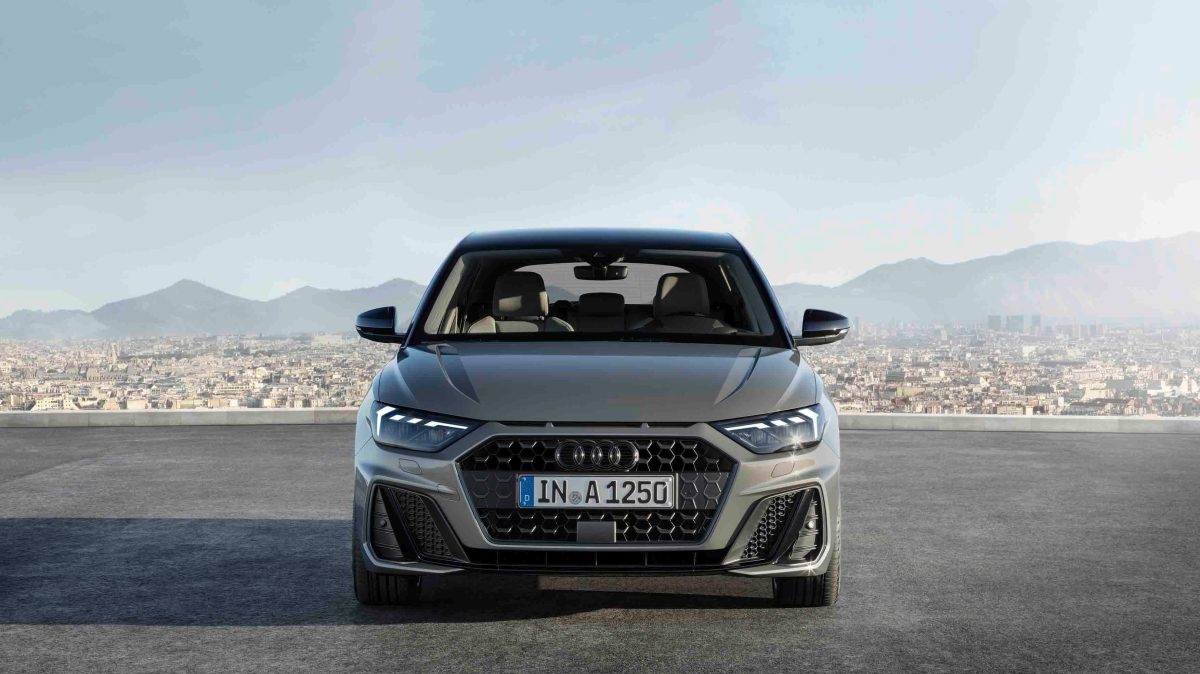 We have always loved the A1 Audi, and many car enthusiasts with us. The second generation is now soon to roll of the production lines in Martorell, and not in Brussels anymore, where next year the all-electric flagship Audi will be produced. The new A1 has a more angular, and bolder stance, and Audi tells us it shows reminiscences of the “Ur”-Quattro. Especially the big and large forward tilted C-pillar gives indeed extra zest to this new A1.

We like the new front treatment with the wide, low-placed Singleframe grille and the implied side air inlets. Below the edge of the hood are three flat slits – also an homage to the Sport quattro, the brand’s rally icon from 1984.

With S line equipment, Audi has emphasized the sporty character even more through numerous features. These include, for example, larger air inlets, additional sill trims, an elongated slit centrally below the hood with two fins and the larger rear wing. The top-of-the-line engine is also recognizable with its striking twin tailpipes.

The Edition model, based on the S line equipment line and available from market launch, is particularly distinctive. It impressively showcases the design language of the A1 with numerous contrasts. Large 18-inch wheels in bronze – white or black depending on the exterior finish – set powerful accents. 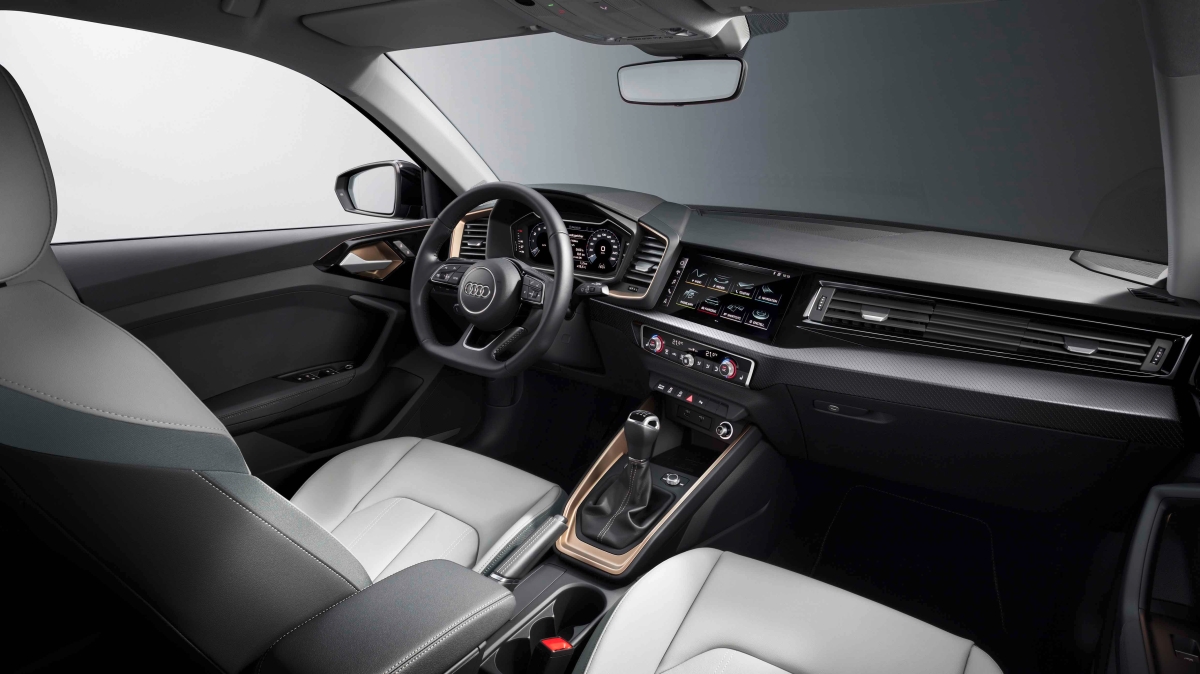 The Audi rings in foil on the side of the car are also available in the rim color. Borrowing from the legendary Audi Sport quattro, the LED headlights and LED rear lights are dark-tinted. The Audi rings in the Singleframe and the model designation at the rear are in black.

You can combine all the equipment lines to your liking …

A new feature in the A1 Sportback is the modular lines structure. For the first time, customers can combine exterior and interior lines however they like. Depending on the equipment line – basic, advanced or S line – the attachments on the exterior are available in various configurations. The black styling package sets additional accents. By offering the lines “Interior advanced,” “Interior design selection” and “Interior S line,” Audi is additionally affording customers numerous possibilities to select colors and materials accordingly. 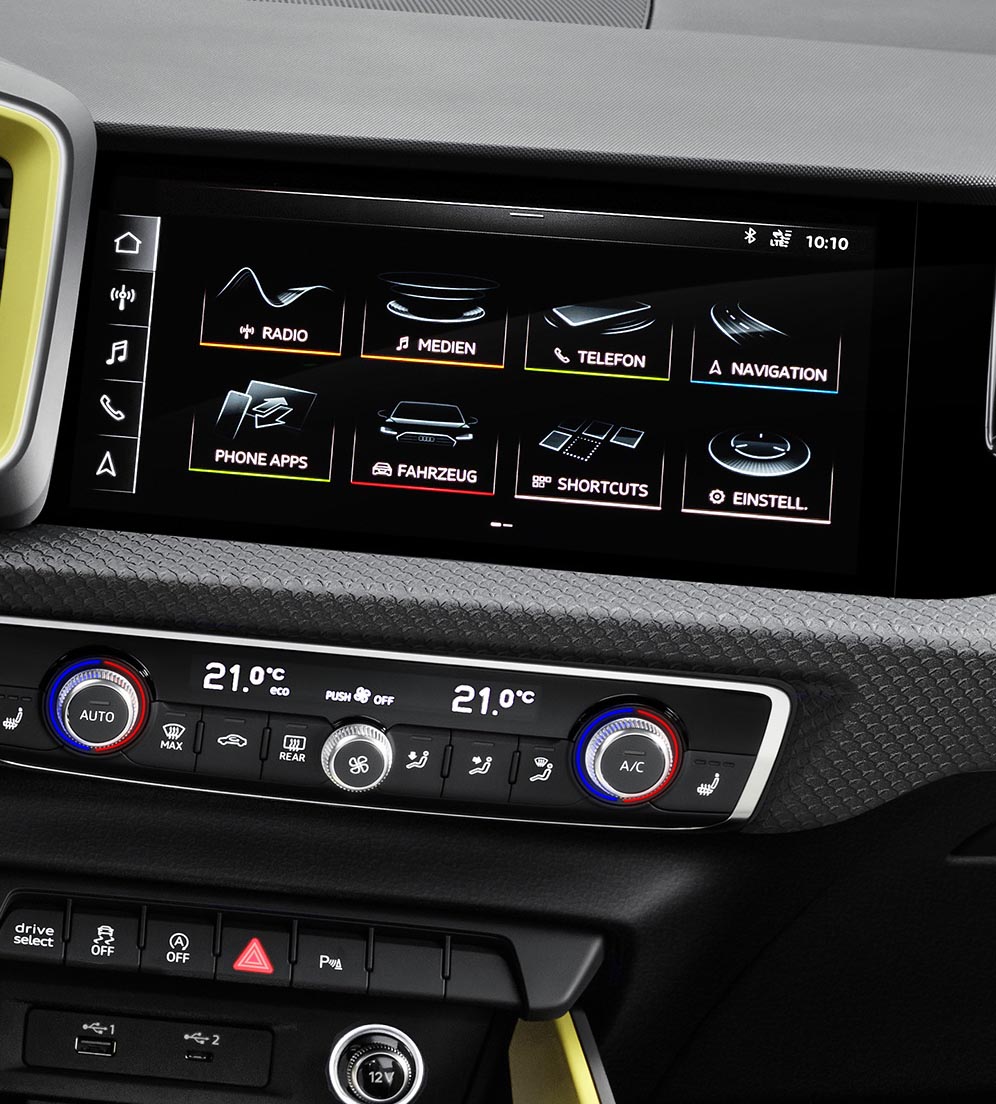 The interior is driver-focused, with its emotive, customizable design. All of the controls and the optional MMI touch display are strongly driver-oriented, emphasizing the distinctive cockpit character. The optional contour and ambient lighting package brings the interior design to life in the dark, if desired, through LED light elements in 30 selectable colors.

Even the basic version comes standard with a fully digital instrument cluster with a high-resolution, 10.25-inch display and a multifunction steering wheel. The optional Audi virtual cockpit with an extended range of functions presents comprehensive information in the driver’s direct field of vision.

Infotainment up to the mark…

The Infotainment concept in the new A1 Sportback comes from the full-size class. The MMI radio comes as standard – it can be operated via the multifunction buttons on the steering wheel and the display in the fully digital instrument cluster. In the top configuration, MMI navigation plus offers a 10.1-inch MMI touchscreen, which blends seamlessly into the black glass look area.

In conjunction with Audi connect, MMI navigation plus offers A1 Sportback drivers functions such as hybrid route guidance – this calculates the route in the cloud, taking into account the entire traffic situation. The Audi smartphone interface ensures you are always well connected on board the new A1 Sportback. It integrates iOS and Android smartphones using Apple CarPlay and Android Auto into an environment in the MMI programmed specifically for them, and offers two USB interfaces.

The standard lane departure warning helps the driver to keep the car in the lane from a speed of 65 km/h (40.4 mph). Also standard is the speed limiter, which reliably prevents the A1 Sportback from exceeding a selected maximum speed. Another standard feature is Audi pre sense front. The radar sensor recognizes critical situations involving other vehicles, crossing pedestrians or cyclists ahead of the vehicle.

The new Audi A1 Sportback offers various systems to make parking easier. For the first time there is a reversing camera in addition to the rear parking system.

The axle design of the new Audi A1 Sportback delivers agile handling and a sporty, poised driving experience. Besides the basic suspension, there is an option for a tauter sport suspension. Dynamic packages, individually configured for every engine version, bundle equipment options to give the A1 Sportback an even sportier trim. For the entry-level gasoline engine, the “Basis” dynamic package includes a sport suspension, red brake calipers and larger brake discs. Audi offers the “Performance” dynamic package for the other engine versions. 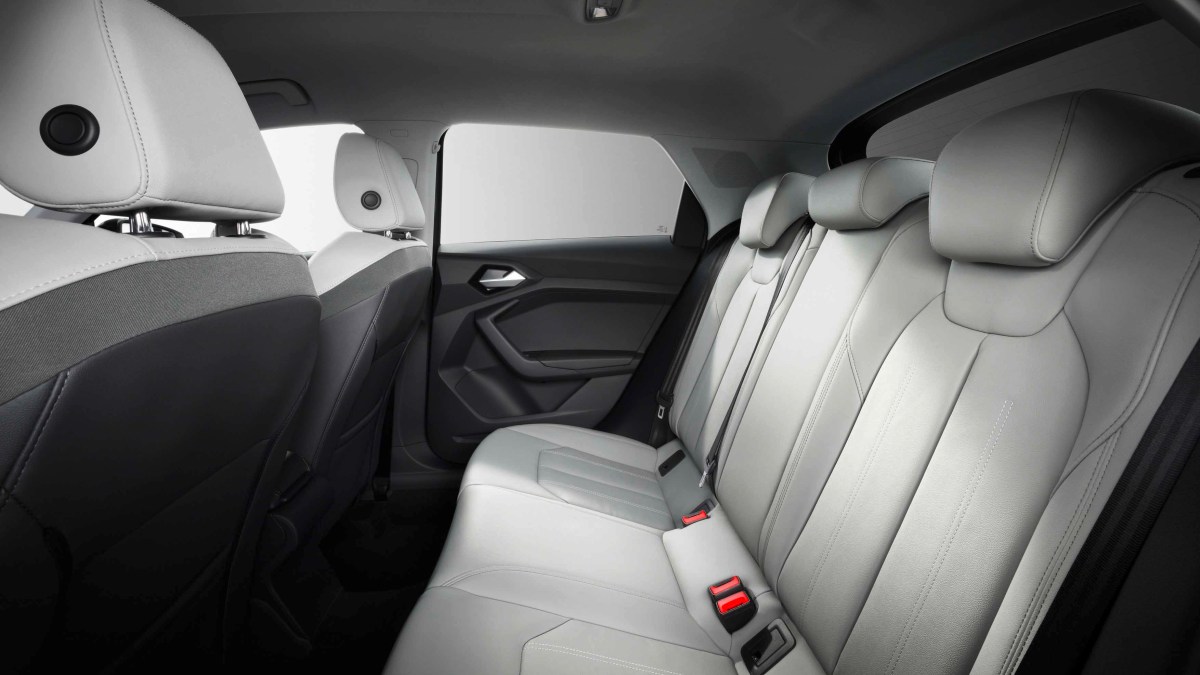 The new Audi A1 Sportback can be ordered from summer 2018 and will be launched on the European market in fall 2018. Prices in Germany start at less than 20,000 euros…