Stylish, lavishly equipped with state of the art infotainment, driving aids, chassis, engines and transmission, Renault has left nothing untouched to make this Koleos really stand out. Of course Renault has big ambitions in this upper segment of the booming SUV market. We tell you here more about the Koleos, and are of course keen to get behind the wheel of it soon, as it hits the European markets now… 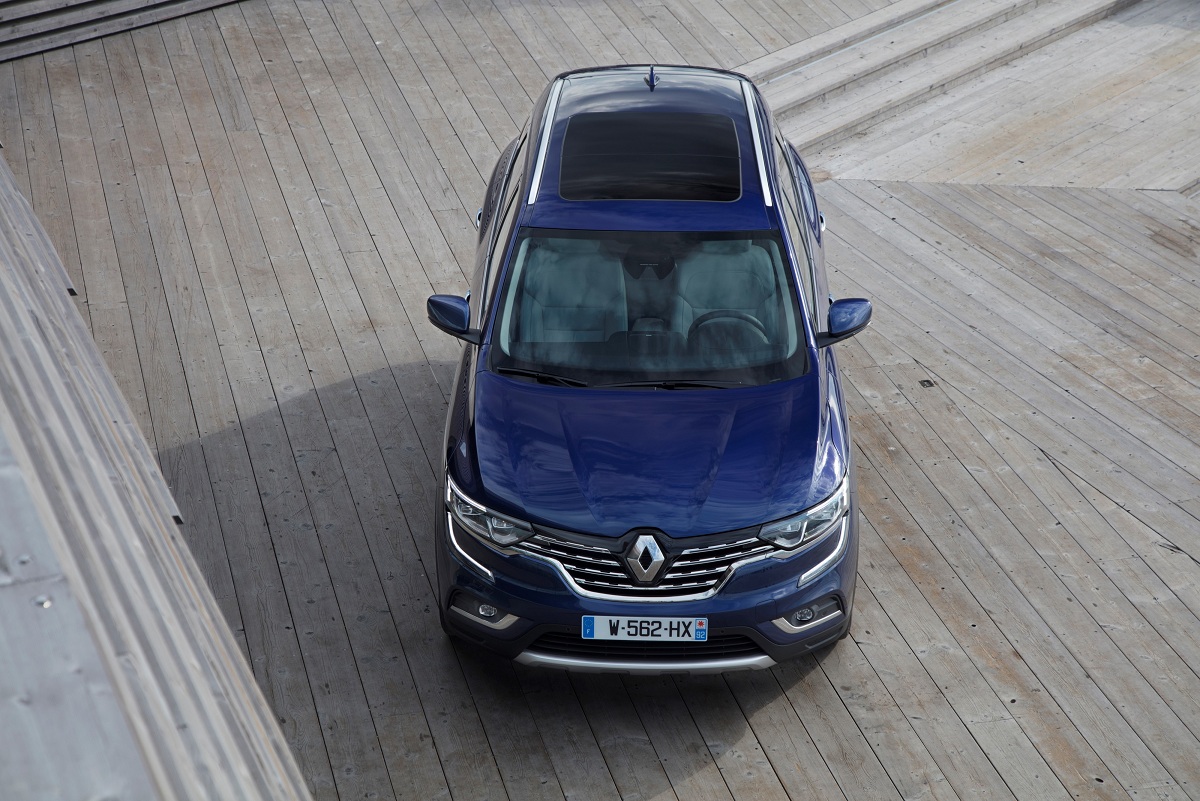 The new Koleos, was unveiled at China’s Beijing Motor Show in 2016, and is already available for sale in Australia, the Gulf States and certain South American and Asian countries.

It  tops the brand’s crossover range alongside Captur and Kadjar. It is also the fifth Renault model after Clio, Espace, Talisman and Captur to be offered with the Initiale Paris signature.

It has many qualities up its sleeve: Acclaimed four-wheel drive technology, off-road capability thanks to high ground clearance, a lavish interior equipped with the segment’s very best journey-enhancing appointments, generous cabin space thanks to a wheelbase of 2.71 metres and a total length of 4.67 metres, and last but not least the connected experience with the R-LINK 2 multimedia tablet

Finally, New Koleos features a selection of proven powertrains and technologies, with a choice of two diesel engines mated to either X-Tronic automatic transmission or a manual gearbox.

New Koleos bears far more than just a passing family likeness to Talisman and Talisman Estate, which were also designed by Alexis Martot in-line with a strategy for all three models to complement one another. The most striking similarities among the three vehicles are their front-end designs, which all feature a prominent, vertically-positioned Renault logo and a chrome grille. 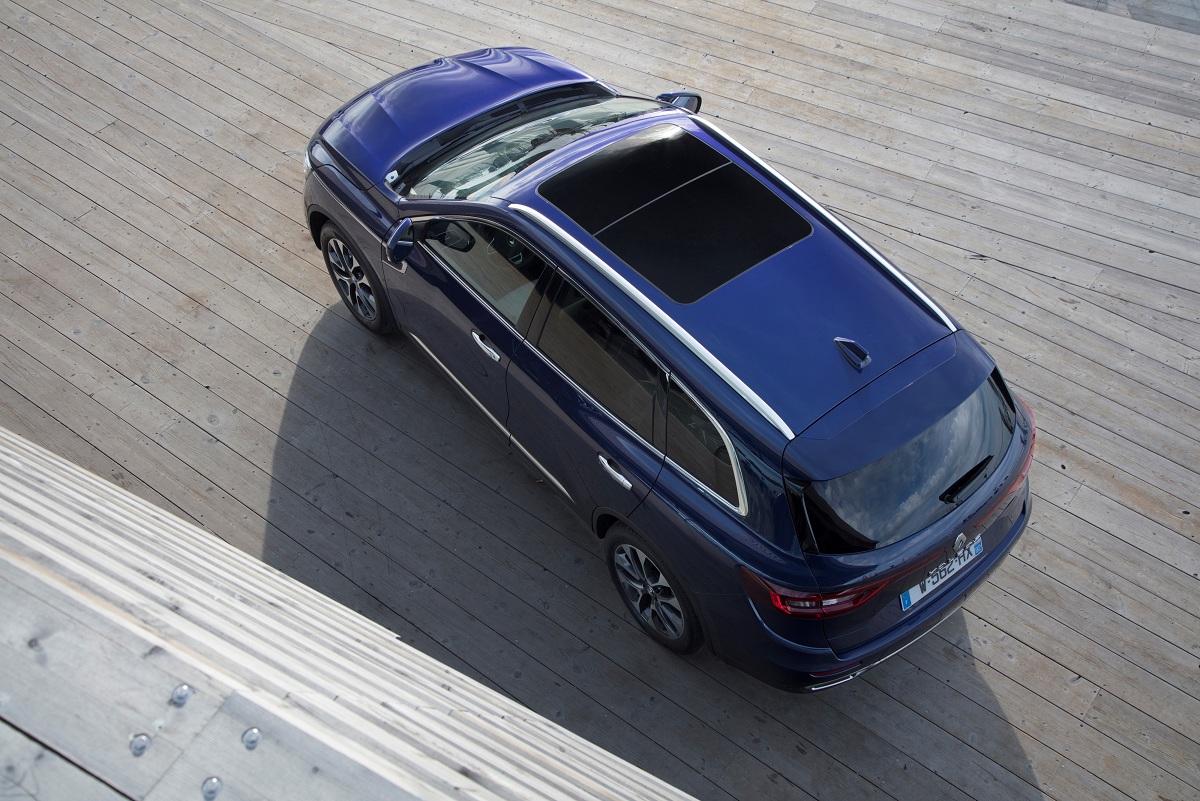 Distinctive for the Talisman and New Koleos are their muscular haunches and proportions, including short overhangs, which share the same ratio between overall length and wheelbase. The new Koleos’ dynamic stance is further emphasized by its large tires (overall-diameter: 730mm) and low roofline (1.68 metres).

The C-shaped lighting signature extends beyond the head light units, which themselves to create an even more forceful gaze.  Depending on the version, New Koleos is available with Pure Vision Full LED main- and dipped-beam lights. The Daytime Running Lights provide a unique, piercing light signature. 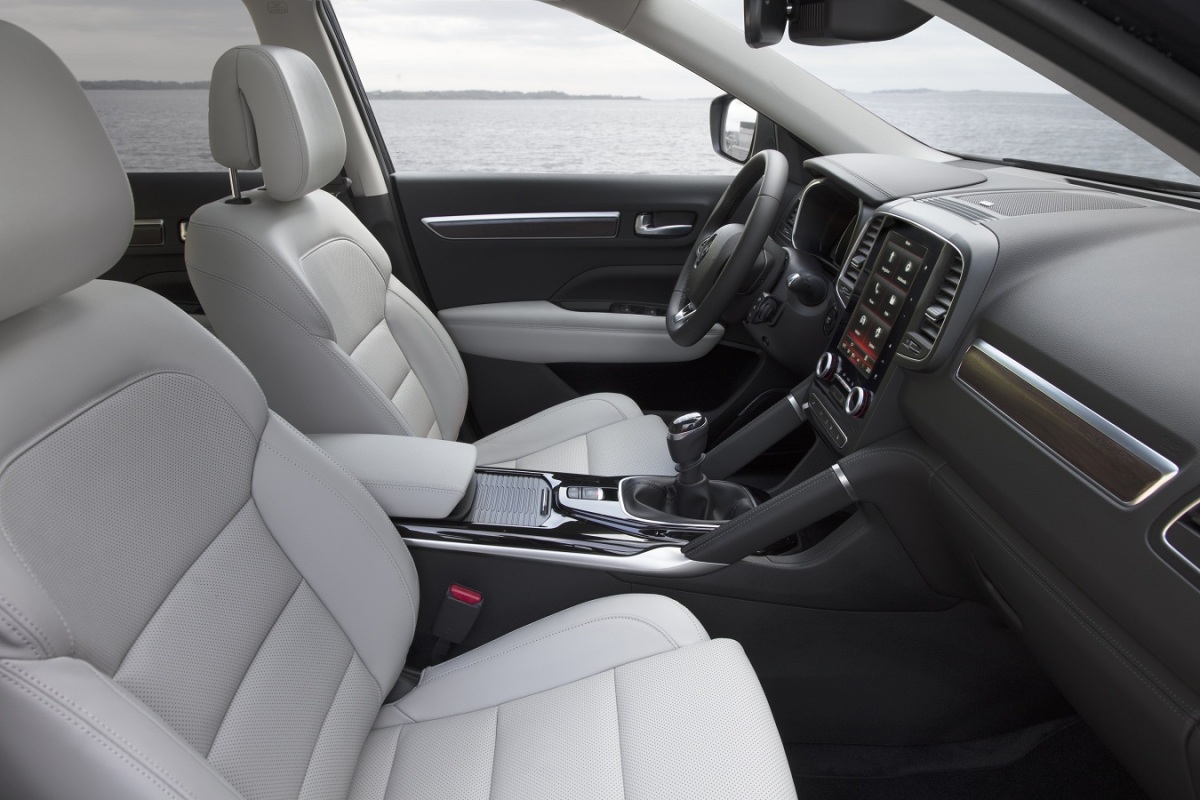 solutions. The 498dm3 VDA boot (equivalent to 579 litres) features a clever removable floor positioned at the same height as the sill to form a flat floor. Thanks to handles located in the boot, the Easy Break system allows the 60/40-split rear bench seat to be folded in an instant to free up a total carrying capacity of 1,706dm3 VDA (equivalent to 1,795 litres).  New Koleos’ cabin is particularly bright thanks to a large opening glass sunroof (0.80m2) that extends over the rear seats.

The interior and overall equipment breathes refinement, certainly in the Initiale Paris version, where 19-inch diamond-cut wheels are also available. These models are distinguishable with grille badging, beneath the Renault logo. Full-grain Nappa leather is a key feature of the Initiale Paris signature.

In keeping with the Renault design strategy introduced by Laurens van den Acker in 2010, New Koleos is covered by the ‘EXPLORE’ design pillar, which stands for robustness and a taste for adventure.

This is immediately evident in the model’s ground clearance (up to 210mm) which is amongst the highest in the market. New Koleos’ go-anywhere ability is boosted by approach and departure angles of 19 and 26 degrees respectively.

The ALL MODE 4×4-i transmission available for New KOLEOS features technology that has been proved on millions of Renault-Nissan Alliance vehicles worldwide. This all-wheel drive system permanently monitors grip levels to guarantee optimal traction whatever the conditions. Unlike many rival models, New Koleos continues to feature a control switch that allows drivers to choose the transmission mode. Very easy to use, it is situated to the left of the steering wheel and enables the driver to select one of three modes, namely 2WD, 4WD AUTO or the exclusive 4WD LOCK. 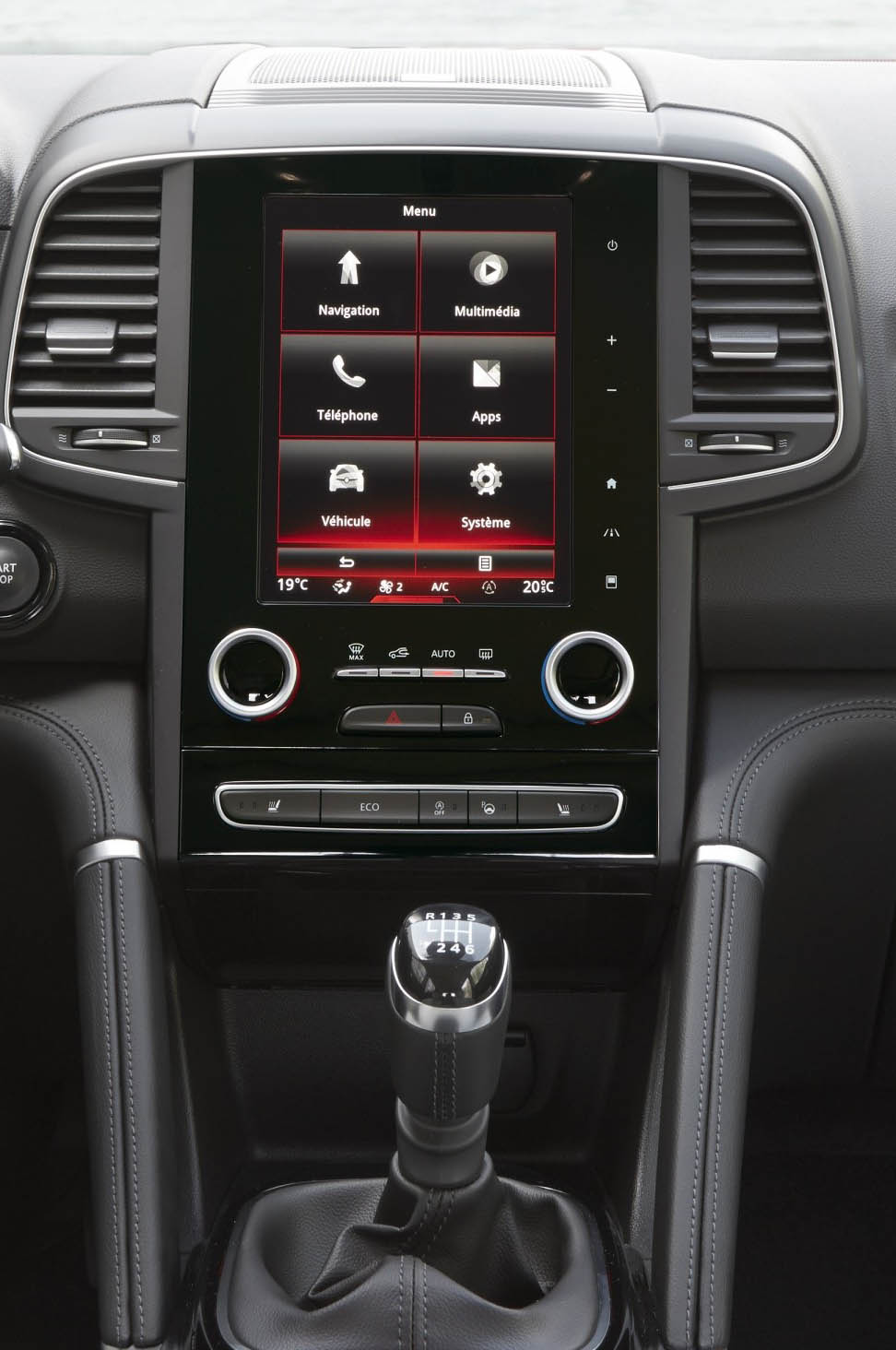 The new Koleos is built on the Renault-Nissan Alliance’s CMF-C/D architecture that is shared by several other models, including Renault’s Espace, Talisman and Kadjar, and Nissan’s X-Trail and Qashqai.

The range comprises a choice of two diesel engines, which deliver 130 and 175 horsepower respectively.  These powerplants can drive through either X-Tronic automatic transmission or a six-speed manual gearbox.

Unlike former CVT transmissions, New Koleos’ X-Tronic transmission performs more like a multi-ratio automatic whenever the driver needs to accelerate briskly. At the same time, this continuously variable transmission ensures seamless gear shifts when accelerating gently, as in heavy traffic, for example. So clever!

The driver has the option to select a seven-speed sequential mode when he wants to benefit from engine braking.

The new Koleos is fitted with Renault’s R-LINK 2 multimedia system from its second equipment level up. This connected tablet can be found across the brand’s high-end range and coordinates the majority of the vehicle’s functions such as infotainment, navigation, hands-free telephony, radio and driver aids. We liked it already so much on the other Renaults we drove recently, thanks to the following features: An intuitive interface offering the same tactile functions as a personal tablet courtesy of capacitive technology (two-finger zoom, page scrolling, drag and drop), availability of two screen formats (depending on version): 7-inch landscape or 8.7-inch portrait, both seamlessly integrated into the dashboard design.

Of course, the new Koleos offers a new smartphone replication feature, which is compatible with both Apple CarPlay for iPhone users and Android Auto for Android.

Last but not least there is inside New Koleos the Bose© developed and tailor-engineered system that takes into account the acoustic properties of the cabin. It comprises 13 high-performance loudspeakers…

Taking care of the owner…

In a first for a vehicle of this type, New Koleos can be fitted in accessories range with a motorised tow bar, for a fully automatic and manual-free installation. With a simple action on a button inside the boot, it appears and is ready to use in just 15 seconds. A blocking system automatically prevents its deployment in the case of an obstruction.

Its tailgate incorporates a smart, hands-free electronic opening mechanism. Even with arms fully laden and the keyless entry and ignition card buried deep in a pocket, the boot can be opened with a simple swipe of the foot underneath the rear bumper.

All by all a quite impressive car, this Koleos. We are keen to drive it soon!